Why a Seemingly Perfect Attack on Donald Trump Missed its Target

“Winning the news cycle” is one of the more odious concepts in American politics. It is a recent media invention that rewards superficiality and punishes substance; it is, at best, a nano-measurement of micro-momentum–but anything measurable is news, and therefore easier to cover than subjects that may require actual thought. Which makes it perfect for Donald Trump. He uses the daily contest brilliantly, with an almost demonic perversity. He almost always wins the day. Trump understands that even if he dredges up an utterly reprehensible issue–the question of whether Hillary Clinton’s friend Vince Foster actually committed suicide, for example–and is clobbered for it by the right-thinking residents of Mount Opinion, it can be a winner: it will divert attention from much larger and more embarrassing problems, like his refusal to release his tax returns, an issue that needs sustained pressure to bubble. He can always turn around and “win” the next news cycle by saying that maybe Vince Foster isn’t so important a story after all. (Which he did a few days later.)

Clinton, by contrast, does not win many news cycles. Her most notable days are those when negative events spin beyond her control–when the State Department’s inspector general scolds her for cutting corners with her emails; when Bernie Sanders or his supporters do violence to her sense of inevitability. This is rightly seen as a problem for her; Trump is always on the offensive, in every sense of the word.

On May 24, the Clinton campaign launched a startling attack that should have won the day against Trump. There was film of Trump actually rooting for a housing bust in 2006. “I sort of hope that happens,” he’d said, “because then people like me will go in,” buy properties and “make a lot of money.” This seemed a different sort of depravity from Trump’s calling Mexicans “rapists” or making fun of a disabled reporter–it was about his hoping to fleece his electoral flock, the millions of working Americans who lost, or nearly lost, their homes in the Great Recession. When I drove across the country in 2010, the housing bust was as raw an issue as could be found. It was not an abstraction like global warming or the debt ceiling. It was happening every evening around the kitchen table, where decisions had to be made about which bills to pay, which dreams to defer. I spoke with dozens of people who were “underwater,” with mortgages larger than the shrunken value of their homes. It was the scariest thing that had ever happened to them. They figured that sharks were making money off their despair, but the sharks didn’t have a name. Now the Clinton campaign had provided one: Donald Trump.

“We didn’t even test it,” Joel Benenson, the Clinton pollster, told me. “You don’t have to be a brain surgeon to go after a guy who bragged about swooping in and benefiting off other people’s misery.” Not only did the campaign put out a powerful ad, with Trump himself blithely saying the words, but it also found a righteous ally, Massachusetts Senator Elizabeth Warren, who called Trump “a small, insecure money grubber who doesn’t care who gets hurt so long as he makes a profit off it” and “cares about no one but himself.”

So what happened? Not much. The IG report landed on Clinton’s head a day later. Trump continued his tweetarian symphony: “You have to be wealthy in order to be great” was his next outrage du jour, which bought him another “cycle.” He even had a successful riposte for Warren, whose family made some money from foreclosed properties in the 1990s: “Goofy Elizabeth Warren, sometimes known as Pocahontas, bought foreclosed housing and made a quick killing. Total hypocrite!” Ouch.

Clinton had not only lost the day but was trounced; indeed, the incident became the substance of another round of punditory hand-wringing about Clinton’s failed “messaging.” And Clinton sources confirmed that they’d put the brakes on the housing-bust attack line when it became clear that the big Clinton “story” for the next few days would be her, uh, failed messaging–via her personal server.

This will, no doubt, be seen as another example of Trump’s Teflon: his willingness to be “honest” about screwing the middle class somehow is more real–that is, less “political”–than the life savings his supporters lost. If so, he could win this election. But I suspect Clinton’s campaign will return to Trump’s reaction to the housing bubble, and other issues like it, and perhaps even have the patience to stick with them beyond a news cycle. She will have to do this if she wants to win. 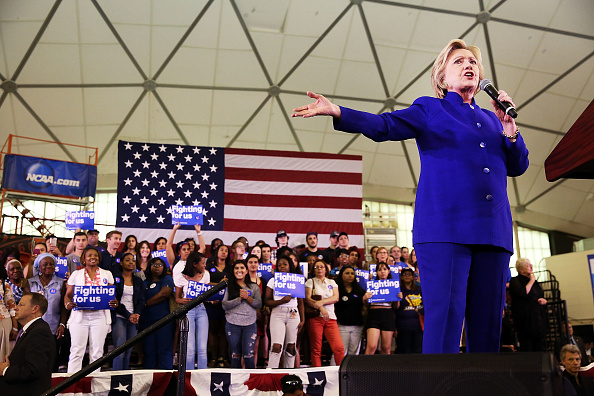 How Hillary Clinton Will Take on Donald Trump's Foreign Policy
Next Up: Editor's Pick