As a pitch, Tegan and Sara sounds like an act fated for mainstream stardom: photogenic identical twin sisters from Canada who write scratchy, infectious songs about heartbreak. Yet since the duo’s formation in 1995, the sisters–that’s Tegan and Sara Quin, 35–have worked mostly on the fringes of pop, earning a devoted following for their sweet harmonies, intimate lyrics and LGBT advocacy. (Both women are openly gay.) It wasn’t until their seventh album, 2013’s Heartthrob, that they teamed up with producer Greg Kurstin–who has worked with Adele and Pink–to inject a dance-pop bounce into their songs. For the first time, they broke through with a Hot 100 single, “Closer,” earning the highest-charting record of their career almost two decades after they launched. Since then, they’ve toured with Katy Perry, performed with Taylor Swift during her 1989 tour and opened for Lady Gaga.

Their new album Love You to Death, out June 3, is a continuation of the sound that buoyed them to higher levels of visibility, with ’80s-referencing production that’s aligned with the best pop of the present. “Faint of Heart” sounds transported from a John Hughes movie, with crashing synths and giant hooks, and the sparkly sing-along refrain of “Stop Desire” has radio written all over it. Yet there’s a progressive sensibility at work that flicks at their indie roots. The nervy lead single “Boyfriend,” with hand claps and bright percussion, is about a love affair with a sexually confused girl; on “BWU,” they storm the marriage-industrial complex with the roaring chorus “I don’t need a white wedding.” Even as pop stars, they’re still a little rock ‘n’ roll. 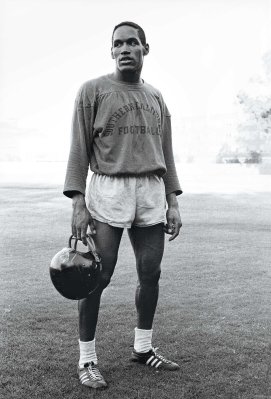 O.J.: Made In America Explores Why the Juice Couldn't Set Himself Loose
Next Up: Editor's Pick