Actor Jamie Foxx speaks to an interviewer during the grand opening of Jewel Nightclub at the Aria Resort & Casino on May 19, 2016, in Las Vegas
Gabe Ginsberg—Getty Images
By Nash Jenkins

Showtime has ordered the pilot for a series co-created by Jamie Foxx that looks like it might be semiautobiographical — centered around a gifted young black stand-up comedian working to find success in the mainstream (or, in other words, to become White Famous, as the show will be called).

“I came up from stand-up comedy, so to be able to share that aspect of my life on screen with a project like White Famous is incredibly exciting,” Foxx told Deadline Hollywood.

The show is the brainchild of Foxx and Tom Kapinos, who created the Showtime series Californication. Foxx will have a recurring role in the series. 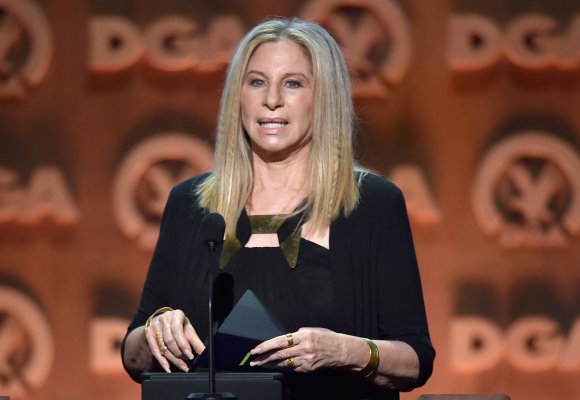 Barbra Streisand Will Appear at This Year's Tony Awards
Next Up: Editor's Pick