Ride-hailing giant Uber has just closed one of the largest funding rounds by a tech company in recent history.

The company said on Wednesday that it had closed $3.5 billion in new funding from Saudi Arabia’s Public Investment Fund, at an unchanged valuation of $62.5 billion. As part of the deal, Public Investment Fund (PIF) managing director Yasir Al Rumayyan will join Uber’s board, the company said. Rumors of Uber’s latest fundraising efforts first surfaced last fall, and the round has now fully closed, the company confirmed.

Last week, Uber revealed it has pocketed an undisclosed amount of funding from Toyota, with which it will also partner to provide its drivers with more affordable car purchase and lease terms.

PIF’s investment in Uber is part of Saudi Arabia’s plan to shift by 2030 from its reliance on oil revenue.

Uber, one of the most highly capitalized private companies with billions in previous funding, has been raising money from a wide variety of investors including traditional venture capitalists, the wealthy clients of Goldman Sachs, other sovereign funds like Qatar’s, and Russian businessmen via the LetterOne investment fund.

For Uber, which is still battling for customers against Lyft in the U.S., and overseas rivals like Didi Chuxing in China and its allies Ola in India, Grab in Southeast Asia, has said that the Middle East is an important area for the company. Uber has previously said it plans to invest $250 million in the region, where it currently operates in 15 cities across nine countries.

Still, local incumbents have proven equally fierce and skilled at getting big financial backing from major players. Recently, Apple announced a $1 billion investment in Didi Chuxing, while automaker General Motors poured $500 million into Lyft, with which it will partner on getting driverless cars on the road. Gett, an Israeli competitor, also recently banked a $300 million investment from Volkswagen. 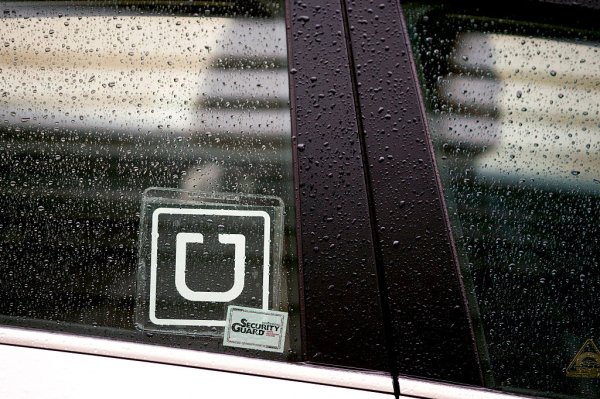 Uber and Toyota Announce Partnership
Next Up: Editor's Pick