A Georgia teen has been charged with theft after he spent thousands of dollars mistakenly deposited into his account by a bank teller.

Steven Fields, 18, turned himself into police Friday. A bank teller at First Citizen’s Bank deposited $32,000 into his account, instead of the account of another customer with the same name. When the other Steven Fields, 70, called two weeks later to ask about the cash, the bank realized its mistake. The bank gave the younger Fields until March 19 to return the money, and even offered him a payment plan.

Stacey Sorrow, who is close to the younger Fields, said the teen had fun with his unexpected windfall. “He was excited, I would have been too,” she told a local NBC affiliate. “Look, if someone’s gonna go and put money in my bank, I would go and have fun too.”

But 70-year old Steven Fields doesn’t see it that way. “My daddy was a baptist preacher, we were raised honorable,” he said. “I would have said, ‘y’all have made a mistake, you put too much money in my checking account,’ and I wouldn’t have bothered it.” The bank has reimbursed the older Fields the full amount.

Sorrow says the teenager will hire an attorney to fight the charges, and that it’s the bank teller, not Fields, who is at fault. Fields claimed he thought the money was part of an inheritance. 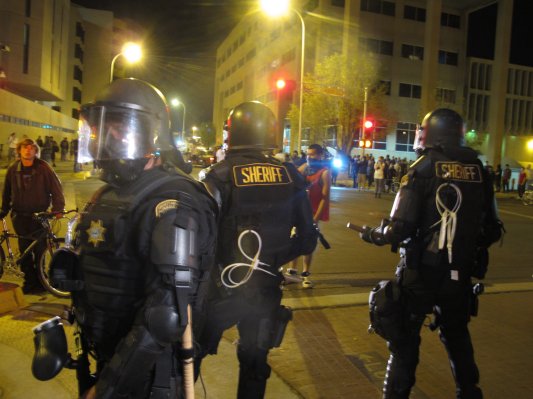 Albuquerque Police Respond to Protest Against Brutality by Firing Tear Gas
Next Up: Editor's Pick