This Popular Game of Thrones Fan Theory May Be Coming True

After the return of Benjen Stark in the sixth episode of Game of Thrones‘ sixth season, viewers are eager to see which — if any — other long-lost characters will be back before the season’s end. Luckily, it seems as though they may not have to wait too long before another familiar face reappears.

To some, the title of the upcoming seventh episode, “The Broken Man,” indicates that Sandor “The Hound” Clegane — who was left for dead by Arya Stark in the fourth season finale — will be joining the fray once more on Sunday. But the speculation doesn’t end there. Many also believe his return will bring the fan-favorite “Cleganebowl” theory to fruition, i.e., that the Hound will return to King’s Landing to fight his brother, Gregor “The Mountain” Clegane, to the death in a trial by combat for Cersei Lannister.

So what evidence is there to support this line of reasoning? Back in March, actor Ian McShane — who has yet to appear in the show but is thought to be playing Septon Meribald from George R.R. Martin’s A Song of Ice and Fire series — spoke about his character’s role in season six. “My character is an ex-warrior who has become a peacenik,” he told BBC Breakfast. “So, I have this group of peaceful… sort of a cult, a peaceful tribe. I bring back a much loved character who everyone thinks is dead.”

Now, here’s where the episode title comes in. If McShane is indeed playing Meribald, his storyline will most likely revolve around guiding Brienne of Tarth and Podrick Payne through the Riverlands (as he does in Martin’s A Feast for Crows) and leading them to an encounter with a man known only as the Gravedigger — a character many believe to be the newly-repentant Hound — in a place called the Quiet Isle. During this journey, he will presumably also deliver one of the most famous monologues from the books, the “Broken Men” speech.

We already know Cersei plans to demand a trial by combat in which the zombified version of the Mountain will fight as her champion, but have yet to hear anything about who the High Sparrow intends to send in the Faith Militant’s stead, thereby making this the perfect time for the Hound to resurface.

Earlier in the season, Film School Rejects’ Neil Miller wrote about how Thrones already seemed to be setting up the fabled Cleganebowl. “And now in episode three, the show is confirming that the Lannisters expect a trial by combat,” he wrote. “The show chose to place that revelation in close proximity to Arya in The House of Black and White, talking about how she did, but didn’t want The Hound to die. Reminding us that by the time she walked away from his badly broken body, we kinda liked him…If The Faith were searching for a champion, someone who has no love for The Mountain, the Lannisters, or the Crown, they could do worse than to send a raven to the Quiet Isle. And if he wanted to make the trip, Sandor Clegane could easily make it from The Riverlands to King’s Landing in the span of a few episodes, leaving him in the capital of Westeros just in time for an episode ten showdown with his long-hated big brother (or what’s left of him.)”

And if that isn’t enough to convince you, there’s also the comment that co-executive producer Bryan Cogman recently made regarding episode seven. “All I can say about next week’s episode is there was a week of shooting a particular sequence/storyline that was my favorite week on set in six seasons of Game of Thrones,” he told Entertainment Weekly.

“The Broken Man,” the seventh episode of Game of Thrones‘ sixth season airs Sunday at 9 p.m. EST on HBO. 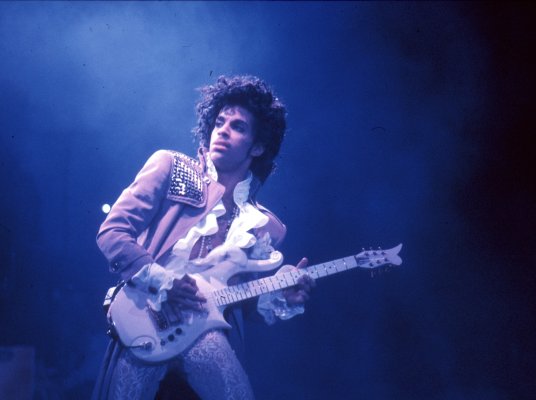 Prince Died of Overdose
Next Up: Editor's Pick