Former Military Leaders: 3 Lessons for Our Next Commander-in-Chief

As Hillary Clinton makes a national security speech Thursday and with Trump’s recent major foreign policy speech, it’s important to remember that the military alone cannot keep us safe. As the former commandants of the Marine Corps and the Coast Guard, we believe our next Commander-in-Chief will also need the civilian tools in our arsenal to keep our nation strong and secure.

For centuries, the blessing of two large oceans on our flanks acted as geographical barriers. But in the modern era, technology has made the world smaller and increasingly interconnected. The recent attacks in Brussels, Paris and San Bernardino, Calif., remind us that global threats do not respect borders, and oceans are not enough to preserve our peace and prosperity.

The security challenges our nation faces today are not the same as when we began our service during the Cold War. National security challenges have become more resistant to bullets. Ebola, the Zika virus, the influx of undocumented children from Latin states, and even the rise of ISIS cannot be resolved only with the force of arms.

If there was one immutable lesson of the Sept. 11 attacks, it is that instability in remote corners of the world can pose a direct threat to our way of life. The rise of ISIS is only a recent example that underscores that reality.

Military force will continue to be a necessary deterrent for the exercise of American power, but it cannot be the only option. To preserve our flag and freedom, there are three areas where America must do better.

1. We must strengthen not only our soldiers, sailors, Marines, Coast Guard, and airmen but also our diplomats and development experts who are critical to our national security.

Fighting terrorism means more than bombing the Middle East from the air. It means supporting weak or fragile states, increasing foreign military training and assistance, and devoting more resources to fight weapons proliferation. These are battles best fought at the local level with knowledge of cultures, economics and history.

2. We must help create economic opportunities around the world—particularly those where there are security concerns.

Think of America’s engagement with Germany, Japan and South Korea in the postwar years. They are now our fourth, fifth, and sixth largest trading partners, respectively. Helping promote rule of law and economic development strengthens our economy here at home.

3. We must strengthen the humanitarian values that undergird American global leadership.

U.S. foreign assistance has helped cut extreme poverty in half since 1990. It has increased life expectancy in the developing world by 33%, afforded two billion people access to clean water, and the number of children in primary school has tripled over the last 25 years.

Pandemics and diseases like Ebola and the Zika virus are more easily defeated in the countries where they originate when those countries have strong health care systems, an educated population and the economic means to combat the virus. We can help build those institutions. To those concerned about the cost of assistance to the developing world, we would submit to you that economic development is cheaper than sending in the military.

Twenty-first century problems require fine scalpels, and the military is a broad sword. We can start by better resourcing and strengthening our own institutions. The State Department, the Peace Corps and USAID are the front lines of keeping our country safe, but they are underfunded and undermanned.

Facing the largest global displacement of people since World War II, we have much more work to do. If we are not helping to support and build up allies and friends, then we are reducing our prospects for success and ceding immense benefits for our own national security.

General James Mattis got it right when he said: “If you don’t fund the State Department fully, then I need to buy more ammunition.”

Keeping all the tools of American national security strong will help save lives and promote global stability and prosperity. Regardless of who is elected in November, a candidate who understands these challenges, and acts accordingly, will be in America’s best interests. 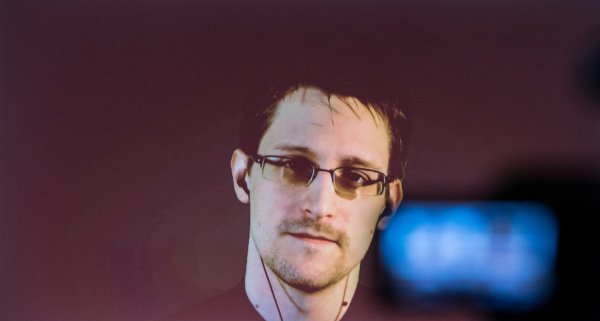