'Minecraft' Is Now the Second Best-Selling Game of All Time

Okay, so Minecraft was already kinda-sorta the second-bestselling game of all time if you don’t count Wii Sports, which was a pack-in, and I’m loathe to count stuff you can’t buy standalone. But yes, on the basis of conventional video game sales leaderboards, with over 100 million copies sold (106,859,714 to be precise) across PC, mobile and console in the pocket, Minecraft is now officially second only to that all-time, all-platforms, indefatigable puzzling juggernaut, Tetris.

Tetris has something like half a billion on the books if the entrepreneurial math here is right. So there’s probably no way Minecraft is going to beat that, probably ever. But consider the next-bestselling game (excluding Wii Sports) is Grand Theft Auto V, with an impressive but presumably now creeping 65 million copies. After that, the list slides off fast and features as many decades-old games as recent ones. Not yet five years old, Minecraft is the singular definition of a phenomenon in this industry. (And it will remain so, with Microsoft reporting the game has been selling at an average pace of 53,000 copies a day since the start of this year.)

In honor of the game’s six-figure milestone, Microsoft is divulging regional breakouts in an infographic that visualizes global game sales by platform. The most equal-opportunity cluster is Europe, with near even distribution between PC (29%), console (35%) and mobile (36%). The most asymmetric, by contrast, is Latin America, with 38% on mobile and 47% on console, but just 15% for PC.

We’re not so far behind in North America, with just 19% on PC, compared with 40% on console and 41% on mobile. And Microsoft couldn’t resist including a note about the number of copies sold to people in Antarctica: Four to date, which if the stark anecdotal reports in 2015 primer Video Games Around the World are accurate, means it’s a veritable chartbuster in the land of penguins, ozone holes and absurdly high heating bills. 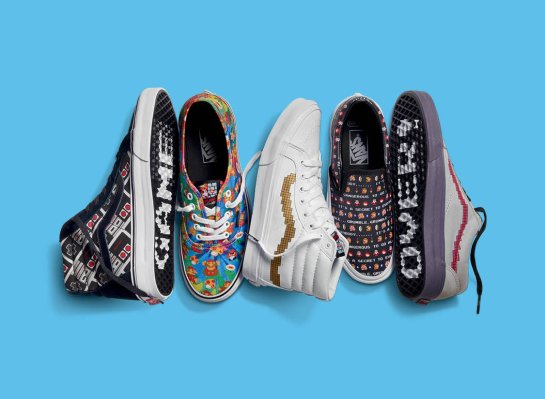 These Nintendo Vans Are the Perfect Shoes for Stomping Goombas
Next Up: Editor's Pick