The collapse of Johnny Depp and Amber Heard‘s marriage, amid abuse allegations Heard leveled against Depp, has put renewed focus on domestic violence. This week’s People cover story includes new photos of Heard’s face after the alleged assault. Depp has not commented publicly, but his lawyers have argued that Heard is “attempting to secure a premature financial resolution by alleging abuse.”

More than a third of American women have been victims of domestic violence at some point in their lives, according to a 2010 report by the Centers for Disease Control and Prevention. Twelve million people per year report experiencing rape, violence or stalking by an intimate partner. While domestic violence affects men and women, women are the victim in 76% of cases, according to the Department of Justice.

Domestic violence and partner abuse don’t affect adults exclusively. There were more than 700,000 reported cases of child abuse and neglect in 2014, according to the CDC, and one in 15 children witness domestic violence every year, according to the National Coalition Against Domestic Violence. A 2013 survey by the CDC found that 10% of teens surveyed reported experiencing physical intimidation by a partner in the previous 12 months. And the CDC notes that exposure to violence and abuse as children can significantly increase their likelihood of perpetrating or experiencing more violence later in life. 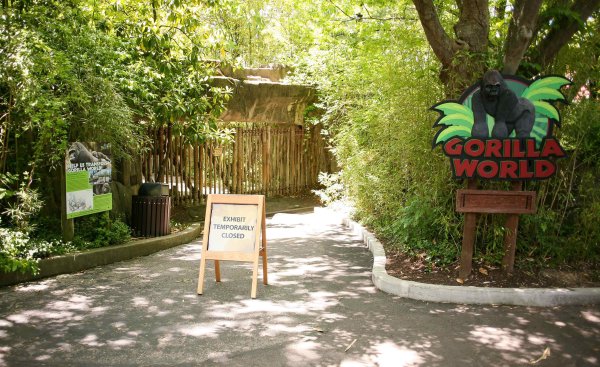 Everyone’s Bashing the Cincinnati Zoo Mom. No One’s Talking About the Dad
Next Up: Editor's Pick