This Terrifying Chart Shows Smartphone Makers Are in Deep Trouble

Here’s a look at the data contained in Meeker’s report, released June 1.

What’s happening here? First-time smartphone buyers are increasingly an extinct species — we’re getting close to the point where pretty much everybody who wants a smartphone has one. Nowadays, most smartphone buyers are upgraders. Faced with the end of wireless carrier subsidies and a lack of enticing new features, consumers are increasingly holding on to their devices for longer periods of time, meaning fewer sales.

Handset makers have been well aware of this trend, particularly in the U.S. But what should worry them is that growth is even starting to fall off in crucial overseas markets, like Asia. China, for example, is Apple’s second-largest market, though its revenue there dropped 26% year-over-year as the iPhone faces increasing competition from cheaper, locally-made smartphones and sluggish economic conditions take their toll on shoppers’ purchasing power.

These factors are putting pressure on companies like Apple, which until this year seemed to break its own iPhone sales records with every quarterly earnings report. (iPhone sales dipped 16% in the most recent quarter, though it still sold over 51 million units.) The Cupertino, Calif. firm is now trying to make the case that it offers more than hardware — Apple’s “services” category, which includes offerings like cloud storage and music streaming, is a bright spot in terms of growth, but it does not yet come close to making iPhone-level money.

Apple executives argue that the billion-plus number of iOS devices out there represent a huge number of potential customers for its services business, foretelling future growth. But the company has often stumbled when it comes to software, leading some to cast doubt on those aspirations. Apple will get its next opportunity to address those doubts at its annual developers conference later this month. Still, a new iPhone — and the sales bump a fresh model tends to provide — isn’t likely to arrive until later this year. 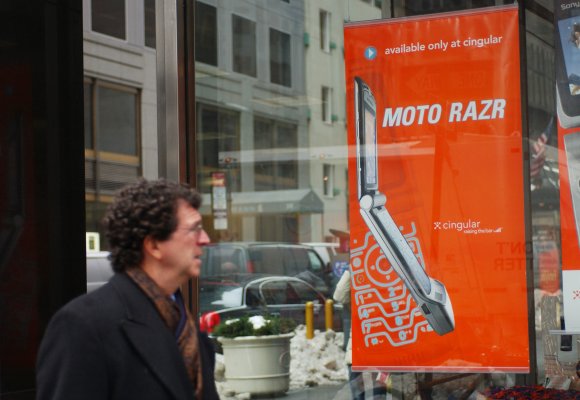 No, Motorola Isn't Bringing Back the Razr
Next Up: Editor's Pick