These Game of Thrones Costars Played a Hilarious On-Set Prank

While Game of Thrones isn’t exactly known for its light-hearted moments, the stars of the HBO drama still seem to know how to have a good time on set. In a recent interview with Entertainment Weekly, showrunners David Benioff and Dan Weiss revealed that a scene in Sunday’s episode, “Blood of My Blood,” led to one of the show’s best on-set pranks.

Weiss shared a story about Kit Harington (Jon Snow) and Hannah Murray (Gilly) teaming up to pull one over on John Bradley (Samwell Tarly) before he filmed the sequence in which his character returns to his parents’ home at Horn Hill for the first time since leaving for the Wall. “Hannah has long had the sh–tiest costumes on Game of Thrones; she’s been in a burlap sack for five years,” Weiss told EW. “She was so happy that she finally gets into a real piece of clothing this year. So Kit and Hannah thought it would be funny to play a joke on John and let him think he’s going to get a new costume too. We thought it would be great to make the costume ludicrous, but just believable enough to not know it was a gag – so he’d think he would be wearing this on screen.”

And Bradley totally fell for it. “I looked so bad and ridiculous, it was unbelievable,” he said. “There was a huge vulgar codpiece – though flattering, to be sure. The reason I bought it is because we’d never seen Sam at home before, and [his parents think] he’s an idiot. [Maybe] Sam dressed like an idiot before he came to Castle Black.” 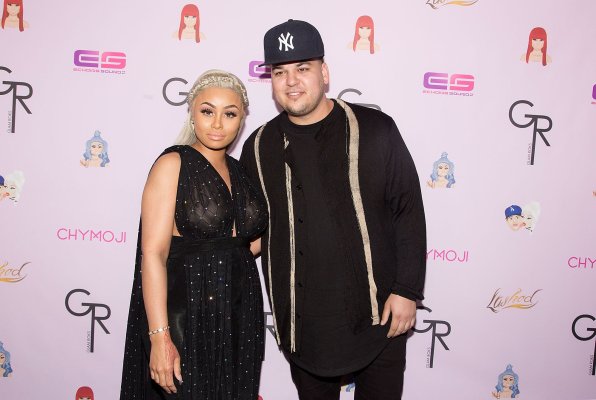 Blac Chyna and Rob Kardashian Get Their Own 'E!' Series
Next Up: Editor's Pick