Lou Gehrig, first baseman for the New York Yankees, is shown at the microphone during Lou Gehrig Appreciation Day, a farewell to the slugger, at Yankee Stadium on July 4, 1939.
Mark Rucker—Transcendental Graphics /Getty Images
By Alexandra Sifferlin

Thursday marks 75 years from the June 2, 1941, death of Lou Gehrig, the great Yankees baseball player who was diagnosed with amyotrophic lateral sclerosis (ALS), a progressive debilitating and fatal disorder that today is still often referred to as “Lou Gehrig’s disease.”

That month, TIME Magazine noted how Gehrig was remembered in stadiums around the nation:

Only a few years earlier, Gehrig had earned the nickname the “Iron Horse,” for his success at bat. In a 1936 World Series cover story, TIME noted that Gehrig “takes boyish pride in banging a baseball as far, and running around the bases as quickly, as possible.”

But he had soon started losing his spark. In 1938 his game slowed, as did his coordination, and during the 1939 season he benched himself, ending a 2,130 game streak. In June of that year, Gehrig received the ALS diagnosis from the Mayo Clinic. It explained his debilitating skills, but the diagnosis did not come with a treatment. On July 4, 1939, a “Lou Gehrig Appreciation Day” was held at Yankee Stadium. In a powerful speech, Gehrig said: “Fans, for the past two weeks you have been reading about the bad break I got. Yet today I consider myself the luckiest man on the face of the earth. I have been in ballparks for seventeen years and have never received anything but kindness and encouragement from you fans.”

As TIME reported in 1940, Gehrig tried in vain to stop the progress of the disease. He tried a variety of treatments, including taking large quantities of vitamin E by injection and by mouth. “It is still too soon for any perceptible results, but the doctors are cheerful, for five other patients have visibly improved, after long months of treatment,” TIME wrote. (Studies have looked at whether vitamin E can prevent the disease but more research is still needed.) And because he had been public about his diagnosis, the world also watched—and hoped—as he sought an answer. As news reports breathlessly covered each attempt, even during his lifetime, ALS was beginning to acquire the name by which many people still know it: as Jonathan Eig points out in his book Luckiest Man: The Life and Death of Lou Gehrig, the New York Times in March of 1940 proclaimed that a remedy had been found for “Gehrig disease.” That same month, TIME headlined an update on his progress GEHRIG’S DISEASE.

Eventually, however, he succumbed.

In recent years, ALS—which afflicts around 5,600 people in the U.S. each year—was thrown into the spotlight once again. In 2014, the ALS Ice Bucket Challenge, a social-media fundraiser to raise research dollars for the disease, went viral. Everyone from Oprah to LeBron James dumped water on themselves and donated to the cause, raising millions. Some people with ALS have also become advocates in favor of the Right to Die movement, which wants to make doctor-assisted suicide legal for people who are terminally ill.

A full 75 years after Gehrig’s death, ALS is still a devastating diagnosis, despite decades of research. As the search for a cure continues, many remain inspired by Gehrig’s bravery, and the words from his historic 1939 speech: “I close in saying that I may have had a tough break, but I have an awful lot to live for.” 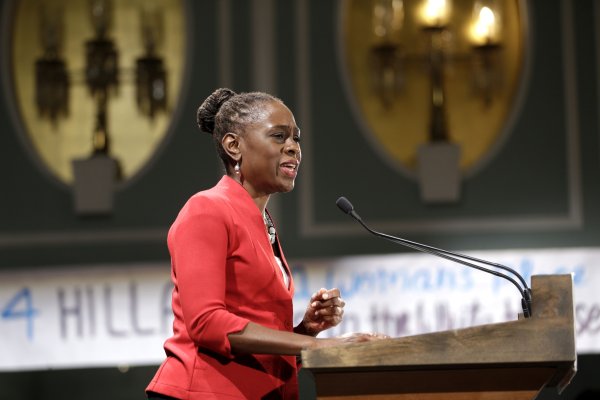 New York City Offers a Model for Mental-Health Treatment
Next Up: Editor's Pick