Samsung's New Fitbit Competitor Does a Little of Everything

Samsung is taking another crack at breaking into the fitness tracker market. The company’s new Gear Fit2 is an Android phone-compatible wristband that can record exercise statistics, track your location, and deliver notifications from your smartphone. It’s priced at $179 and will hit stores on June 10 after preorders kick off June 3.

The Gear Fit2 does a little bit of everything: it includes a heart rate monitor, a GPS for recording running routes, sensors that can track your steps, the number of floors you’ve climbed, how many calories you’ve burned, and the quality of your sleep. Like many fitness trackers, it can also record specific activities automatically (cycling, running, elliptical, etc.), while others must be logged manually (strength training, yoga, pilates).

Although the device is being marketed as a fitness band, it includes many of the elements found in a smartwatch. The Gear Fit2 can show calls and text notifications on your wrist when your phone is nearby, and can show notifications from apps.

The big theme Samsung is pushing here is standalone functionality. While your phone must be nearby to use all of the wristband’s features, you can do things like map your run and listen to music even when your mobile device isn’t within range. The Gear Fit2’s 1.5-inch curved screen displays a map of your route that can be shared to Facebook, and the wristband includes 4GB of storage space for music. Samsung has also worked with Spotify to display album art and sync playlists to your wrist.

For what you’re paying, Samsung newest fitness tracker offers a compelling deal. Most mainstream watches or trackers that include GPS are more expensive, like the Fitbit Surge ($249) and TomTom Spark Cardio+Music ($199.99). The Microsoft Band ($174.99) is roughly the same price as Samsung’s tracker, but there are some differences to consider. Microsoft’s can track more types of data, including ultraviolet light exposure and skin temperature. But Samsung’s wristband offers 4GB of onboard storage, which Microsoft’s offering does not.

The Gear Fit2 is an improvement compared to its predecessor. Most notably, the band’s screen is wider, making it easier to read information. The slimmer screen on Samsung’s previous model, which launched in 2014 to mixed reviews, made it difficult to view data without awkwardly craning your wrist. While the new screen is crisp and easy to read, it does make the wristband feel bulkier. Even when wearing the small size, it looked too large for my taste.

Samsung’s new fitness tracker checks all the boxes, but its interface is complicated. It almost does a little too much — those who want a basic fitness tracker for recording runs and calorie count might want to opt for a cheaper, simpler band. There’s also little that distinguishes the Gear Fit2 from Samsung’s Gear S2 smartwatch, save for some technical differences: they both track basic health stats, can measure your heart rate, and show notifications.

All told, the Gear Fit2 is a good value, but we’ll have to wait and see if it will make a dent in a market that’s largely dominated by Fitbit and Apple. 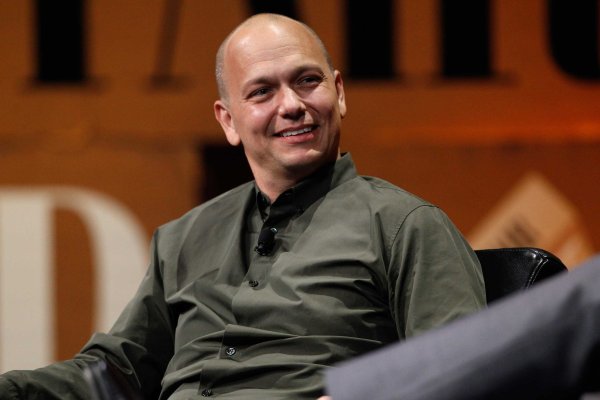 The 'Father of the iPod' Created a Smart Go-Kart For Kids
Next Up: Editor's Pick