Tired of having to leave your house to get an ice cold beer straight out of the tap? Soon you won’t have to. SodaStream — the company behind the popular at-home soda maker — recently announced the release of Beer Bar, a machine that allows users to create their own homemade brews simply by pressing a button.

So how does it work? By adding Blondie — a beer concentrate with an ABV of 4.5 percent — to Beer Bar’s sparkling water supply, you’ll produce a light beer with a “smooth authentic taste and a hop filled aroma,” according to a press release.

Read More: The Hottest Trend in Craft Brewing Is Beer That Doesn’t Taste Like Beer

However, as of now, the product is only available online in Germany and at select retailers in Switzerland. It’s expected to roll out in other markets later this year. 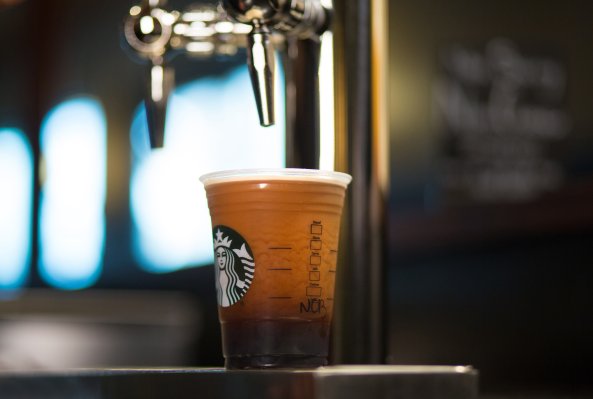 Starbucks Is Adding a Nitro Cold Brew to Its Menu
Next Up: Editor's Pick