Gov. Charles "Charlie" Baker, of Massachusetts, speaks during an interview at the Statehouse in Boston on April 25, 2016.
Bloomberg/Getty Images
By Charlotte Alter

Massachusetts Gov. Charlie Baker said Tuesday that he would sign a bill guaranteeing transgender people access to the public bathrooms of their choice if it reaches his desk, bucking conservatives amid a growing national fight over transgender bathroom access.

“We’ve certainly listened to a variety of points of view from many sides and have said, from the beginning, that we don’t want people to be discriminated against,” Baker, a Republican, told The Boston Globe. “If the House bill were to pass in its current form, yeah, I would sign it.”

The bill was approved by the state Senate and is on track to be passed by the state House on Wednesday. It would allow anyone to use the restrooms and locker rooms that match their gender identity, and prevent discrimination against transgender people in other public spaces. The House version of the bill, which Baker supports, also requires the state attorney general to issue guidelines about how to address anybody who attempts to use the concept of gender identity for an “improper purpose,” a concession to social conservatives who are concerned the bill might allow male sexual predators to access women’s restrooms under the guise of gender identity. Baker said this version of the bill “supplies the right amount of clarity with respect to the public safety questions that other people have raised.”

At least 20 states have already passed similar guidelines, without any spike in associated crime. 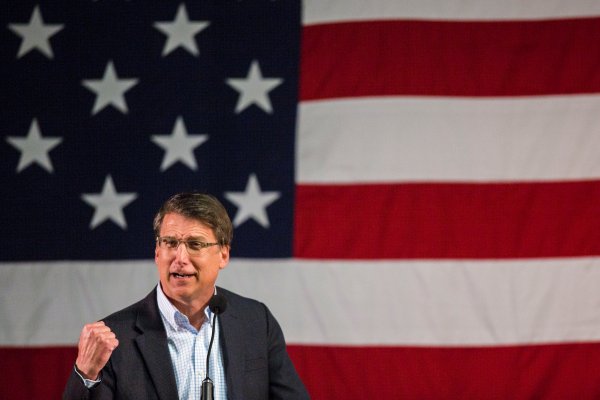