An annual survey by the The Global Slavery Index has found that 45.8 million men, women and children are trapped in modern slavery, 28% more than previously estimated the 2014 report.

The index, published by the Australian-based Walk Free Foundation, defines slavery as: “a person cannot refuse or leave because of threats, violence, coercion, abuse of power or deception, with treatment akin to a farm animal.” This includes, human trafficking, forced labour, the sale and exploitation of children and forced or servile marriage.

According to the survey, released Tuesday, India is home to highest absolute number of people in slavery (18.3 million enslaved people), followed by China (3.39 million), Pakistan (2.13 million) and Bangladesh (1.53 million). With nearly 5% of its population estimated to be enslaved, North Korea was rated as having the greatest prevalence of slavery out of the 167 countries on the index.

Walk Free founder Andrew Forrest stressed the important role governments and businesses had to play in curbing slavery. “I believe in the critical role of leaders in government, business and civil society,” Forrest, a mining billionaire, said in a statement. “Through our responsible use of power, strength of conviction, determination and collective will, we all can lead the world to end slavery.” 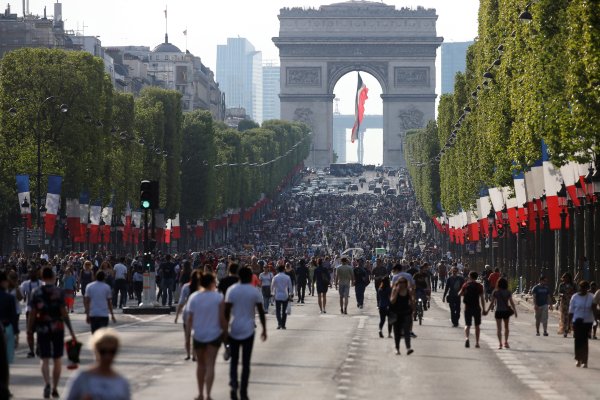 U.S. Warns of Europe Threat
Next Up: Editor's Pick