As Meera desperately tried to drag Bran to safety in the opening moments of the sixth episode of Game of Thrones‘ sixth season, the young Stark was too busy experiencing an onslaught of visions to realize he was in danger. With the death of the Three-Eyed Raven at the hands of the Night’s King, Bran was left to absorb his mentor’s expansive knowledge much more quickly than expected — a task depicted through a montage scene of past, present and future events.

While in his trance, Bran caught several rapid-fire glimpses of a character viewers had often heard about but not yet seen — Aerys II Targaryen, a.k.a. the Mad King — leaving fans to speculate over what role the actions of the former Westerosi leader will play in the future.

In case you need a reminder, the Mad King was given that moniker because of his penchant for burning people alive — including the father and older brother of Ned Stark. “He loved to watch people burn, the way their skin blackened and blistered and melted off their bones,” Jaime Lannister tells Brienne in the fifth episode of season three. “He burned lords he didn’t like. He burned Hands who disobeyed him. He burned anyone who was against him. Before long, half the country was against him.”

Jaime went on to tell the story of the day he received the nickname Kingslayer, explaining that he stabbed Aerys in the back after the king ordered his pyromancer to burn the entirety of King’s Landing to the ground by igniting the stores of wildfire he had hidden underneath the city: “He turned to his pyromancer, ‘burn them all,’ he said. ‘Burn them in their homes, burn them in their beds,'” Jaime said. “First, I killed the pyromancer and then when the king turned to flee, I drove my sword into his back. ‘Burn them all,” he kept saying. ‘Burn them all.'”

Bran also witnessed an explosion of wildfire taking place, leading some to believe that the Mad King’s weapon of choice will show up again. One popular theory posits that Cersei will eventually give the order to ignite the wildfire in the hope of eradicating King’s Landing of the High Sparrow and his Faith Militant.

“Cersei has already stated a few times that she would burn a city to the ground,” Reddit user joshsalvi wrote. “There is precedence for her desire to burn structures to the ground in an attempt to achieve something. Prior to Cersei’s imprisonment by the Faith, she’s used flames, and specifically wildfire, as a tool. Cersei acquired wildfire from the Alchemists’ Guild for the Battle of Blackwater.”

Read More: This Tiny Game of Thrones Detail May Be the Key to Bran’s Future

Others think the scene was meant to foreshadow the fact that Bran’s time traveling will end up being the cause of Aerys’s madness — similar to how his latest journey into the past resulted in the beginning of Hodor’s condition.

“The Broken Man,” the seventh episode of Game of Thrones sixth season will air Sunday at 9 p.m. EST on HBO. 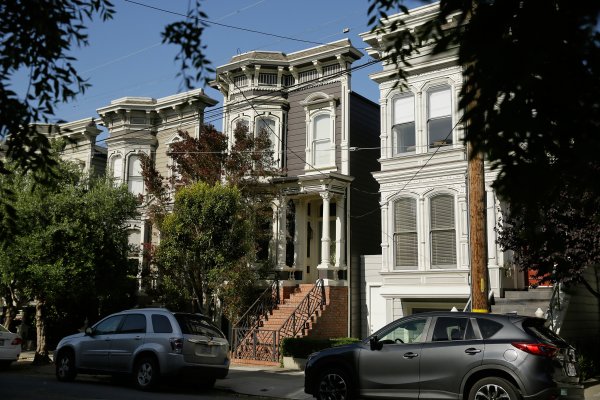 The Full House House Is Now for Sale
Next Up: Editor's Pick