Israeli Arab Talleen Abu Hanna, 21, poses on stage after she was announced as the first Miss Trans Israel beauty pageant, at HaBima, Israel's national theater in Tel Aviv on May 27, 2016.
Oded Balilty—AP
By Yardena Schwartz/Tel Aviv

With her long legs, piercing green eyes, high cheekbones, plump pink lips and lustrous black hair, Talleen Abu Hanna has all the looks of a model. Last month a taxi driver was convinced that she was Gal Gadot, the Israeli actress who plays Wonder Woman in Batman v Superman, and like Abu Hanna, lives in Tel Aviv. Gadot’s career took off after she was crowned Miss Israel in 2004. Walking through the market this morning, men selling produce ask Abu Hanna, “Aren’t you the beauty queen?”

Aside from its holy sites and holy wars, Israel is also known for being one of the world’s most gay-friendly countries. In 2012, Tel Aviv was named the world’s top gay city by GayCities.com, and was recently referred to as “the gayest city on earth” by the Boston Globe.

The 18th annual Tel Aviv Pride Parade is expected to draw nearly 200,000 participants, of which an estimated 35,000 will fly in from abroad, according to the Tel Aviv municipality. Tel Aviv’s is among the biggest pride parades in the world, and certainly the largest in the Middle East, where being gay isn’t typically celebrated.

For those who wish to showcase the relative freedom and tolerance enjoyed by Israel’s LGBT community, Talleen Abu Hanna is an ideal model. Born and raised in Nazareth, the childhood home of Jesus Christ, Abu Hanna is a Catholic Israeli Arab. Like many of Israel’s 1.6 million Arab citizens, she calls herself Palestinian as well. But ask her where she’d rather live, and her response is swift.

“I wouldn’t be alive if I grew up in Palestine,” she says in perfect Hebrew. “Not as a gay man, and definitely not as a transgender woman.”

She recalls how in Thailand, where she completed her gender transition surgery just one year ago, she met many transgender women from Arab countries. Their occasional trips to Thailand — known in the trans community as the best place for transitional surgery –were the only times when these women felt safe to be themselves, wearing makeup and dressing as women. Back home, they told her, they had to disguise themselves as men. “It’s something you need to keep a secret in Arab countries, and even then it’s forbidden,” she says.

Homosexuality is considered a crime in many countries. Iran, Saudi Arabia and Yemen are just a few whose penalties for homosexuality include death and lashings.

“I got really lucky to live in a country where they bring everything to you on a silver platter” says Abu Hanna, ticking off each of her long fingernails the rights she’s been given as a transgender Israeli woman: people refer to her with female pronouns, her Israeli ID card says that she is female and she can enter retirement at a younger age.

With that, she stops and reminds herself that “there is still room for improvement, and still some rights we deserve.” After all, it is impossible for same-sex couples to marry in Israel, as marriage is overseen by religious courts. Same-sex couples are also barred from Israel’s surrogacy process, which leaves many couples no choice but to pay exorbitant amounts of money for foreign surrogates.

There are also many social challenges facing transgender women, says Yuval Egertt, director of the Tel Aviv municipality’s LGBT center. Outside of Tel Aviv, he says, Israeli society “is not so open” to the LGBT community. “It’s only open here in the bubble, in the State of Tel Aviv,” he says.

Just last year, an ultra-Orthodox Jew attacked participants in Jerusalem’s Gay Pride Parade with a butcher knife, killing a 16-year-old girl. He had just been released from prison, where he was serving time for stabbing marchers at the same parade in 2005.

While Abu Hanna’s mother, sisters and friends all accept her — she’s been female since she was 5, she jokes, explaining that she was a ballerina and often dressed as a girl — her father hasn’t spoken to her since she underwent sex reassignment surgery. Other women in the competition had it much worse. According to the pageant’s producer, Shenhav Levi, both of the Muslim finalists were beaten and exiled by their families.

Caroline Khouri, a 24-year-old from the Arab-Israeli village of Tamra, fled her home after her male relatives threatened to kill her for transitioning from man to woman. Her father, uncles and cousins chased her to Tel Aviv, where they tied her up inside an apartment, beat her, cut her hair, and starved her for three days. Israeli police rescued Khouri and imprisoned her attackers. She now has no connection to her family, says Levi.

Abu Hanna works at a clothing store owned by a transgender designer, but according to Egertt, many trans women face discrimination in housing and employment, leading many in the trans community to resort to prostitution.

Those who draw attention to Israel’s thriving LGBT community are sometimes accused of “pink-washing,” or using the issue of gay rights to paint a pretty picture of what critics say is an ugly place for Palestinians.

Talleen Abu Hanna insists she is merely describing the reality she knows, and isn’t trying to sugarcoat anything. “If I was somewhere else in this region I would have been in my grave a long time ago,” she shrugs. “Of course there are problems here, and I’m still Palestinian, but what I’ve gotten here I couldn’t get anywhere else.” 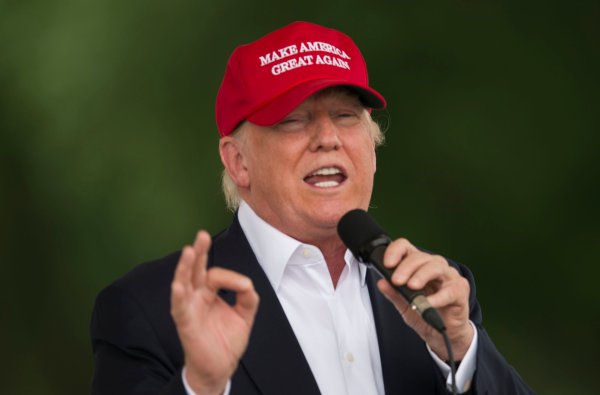 North Korea Praises Donald Trump as a 'Wise Politician'
Next Up: Editor's Pick