The Rock Is Psyched to Play ‘Weirdo’ Superhero Doc Savage

Dwayne “The Rock” Johnson announced his latest movie role on Instagram Monday: he will be playing the “world’s first superhero,” Doc Savage.

The film will be directed by Iron Man 3‘s Shane Black, who met with The Rock over the holiday weekend to “chop up creative and break story on this very cool project,” according to Johnson’s Instagram post.

Doc predates familiar faces like Batman and Superman, as he first appeared in comic books published in the 1930s.

“Comic book fans around the world know that the cool thing about ‘Doc’ Savage is that he’s the inspiration for Superman,” The Rock said, listing similarities between the two characters including, “First name Clark, called ‘Man of Bronze’, retreats to his ‘Fortress of Solitude’ in the Arctic…”

The Rock said the top reason he’s excited for the role isn’t the history behind it, but rather the fact that Doc is a “f*cking hilarious weirdo.” He explains: “Confidently, yet innocently he has zero social graces whatsoever due to his upbringing so every interaction he has with someone is direct, odd, often uncomfortable and amazingly hilarious.” 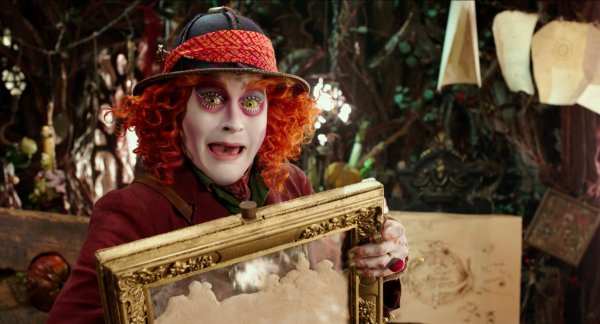 Garish, Lifeless Alice Through the Looking Glass Betrays Its Source Material
Next Up: Editor's Pick