A Memorial Day display of crosses after a vehicle drove through them in Henderson, Ky.'s Central Park on May 28, 2016.
Joe Whitledge—Henderson Police Department/AP
By Katie Reilly

A man in Henderson, Kentucky has been arrested, accused of damaging with a vehicle more than 150 crosses that were part of a Memorial Day display commemorating those serving in the military.

Police said about 160 crosses were knocked down, and 20 were destroyed on Saturday, the Gleaner reported. They were part of a park display of 5,000 crosses that included the names of Henderson residents who have served in the military.

Anthony Burrus, 27, was arrested after his vehicle was found parked with pieces of a cross in its tires. Burrus denied responsibility for the damage but said he had been driving the vehicle, the Gleaner reported. He has been charged with first-degree criminal mischief and leaving the scene of an accident.

Many town residents worked to repair the display after the vandalism. 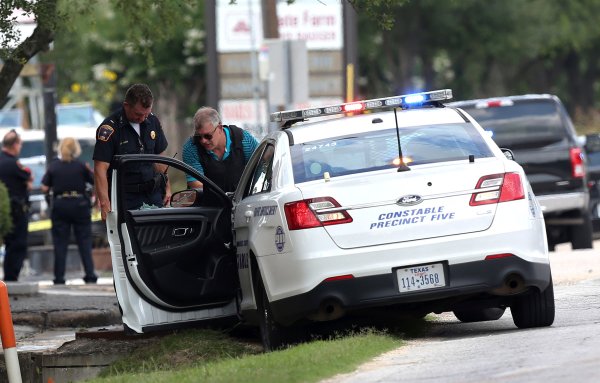 Two Dead in 'Random' Houston Shooting
Next Up: Editor's Pick