The chief negotiator representing Syria’s mainstream opposition has resigned over what he called the failure of the U.N.-sponsored peace talks in Geneva to secure a political or humanitarian resolution to the ongoing civil war.

Mohammed Alloush announced his resignation Sunday, according to Agence France-Presse, saying in a statement on Twitter: “The three rounds of talks were unsuccessful because of the stubbornness of the regime and its continued bombardments and aggressions towards the Syrian people.”

Alloush is a member of the Jaish al-Islam faction in the Saudi-based High Negotiations Committee. The opposition body suspended its participation in the last round of peace talks in April without any major breakthroughs, citing escalating violence in Syria. No date has been set for the next round of negotiations.

The bloody five-year civil war in Syria has killed 470,000 people and displaced millions more. A fragile ceasefire was brokered in February between the President Bashar al-Assad’s regime and rebel groups, but it has been marred by repeated violence. 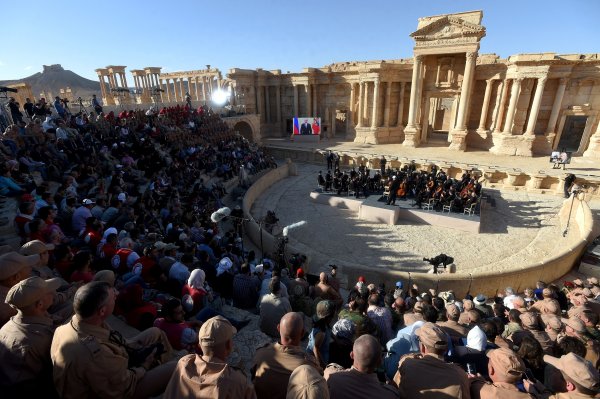 Russian Orchestra Plays Bach Amid Ruins of Palmyra
Next Up: Editor's Pick