B.J. Novak says Mindy Kaling Pranked Him on the Set of The Office

Ryan (B.J. Novak) might have taken advantage of Kelly (Mindy Kaling) on NBC’s The Office, but the tables were turned off camera. In a new interview, Novak detailed the many, many times Kaling pranked him on the comedy’s set.

“She would lie to me. She would make up these – just out of nowhere – purposeless lies that I believed,” he told The Guardian. “Like saying that Allison Jones, the casting director of The Office, was also an actress who had been the third lead in Cold Mountain. And so I just thought that.”

Another example he mentioned was when Kaling told him that The Office showrunner Greg Daniels once dated one of the series’ directors back in college. “Greg asked me what I thought of [the director’s] cut and I lied to Greg and said I thought it was great,” he said, “because I was nervous to insult his ex-girlfriend, so he didn’t make the edits that I wanted.”

Novak continued, “And later I asked him about it and he was like, ‘What are you talking about? She’s 20 years older than I am, we didn’t go to college together!’ I realized that Mindy just made it up.” He added, “it actually affected my work life.”

Luckily, the lighthearted pranks weren’t enough to cause a rift in Kaling and Novak’s relationship: The two are currently working on a book together. 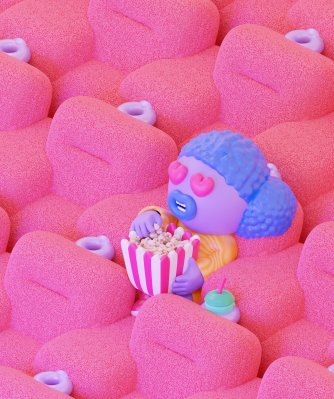 What It's Like Returning to Movie Theaters
Next Up: Editor's Pick