The Soccer World Cup Started This Week, but It's Not the One You Think It Is

A flag of Abkhazia is on display inside a car in the town of Tkvarcheli, southeast of Sukhumi, the capital of Georgia's breakaway region of Abkhazia Dec. 27, 2013.
Maxim Shemetov—Reuters
By Rishi Iyengar

As soccer powerhouses like Brazil, Argentina and Uruguay gear up for the prestigious Copa America tournament this weekend and England, France, Germany and Spain prepare to compete at Euro 2016 just a few days later, a World Cup is already under way — albeit with slightly lesser known “national” sides like Kurdistan, Somaliland and Northern Cyprus — in the autonomous region of Abkhazia in eastern Europe.

A total of 12 teams will be taking part in the second ever soccer World Cup organized by the Confederation of International Football Associations (CONIFA) for unrecognized states.

The first edition of the CONIFA World Cup was held in 2014 in Sweden’s Östersund, when the County of Nice defeated the Isle of Man to be crowned inaugural champions. Neither team is participating this time around, according to the Guardian, with the former citing “organizational restructuring” and the latter pulling out because its parent country, the U.K., strongly discourages travel to Abkhazia — a de facto independent state widely considered a part of Georgia.

All 35 members of CONIFA, including names you’ve probably never heard of such as Padania (a region in the north of Italy), the Chagos Islands (an archipelago in the Indian Ocean about 300 miles from the Maldives) and Cascadia (a “distinct cultural entity” in North America made up of players from Oregon, Washington and British Columbia), are unrecognized by the U.N. as well as by soccer’s global governing body FIFA.

In the tournament’s opening match in the Abkhazian capital city of Sukhum on Sunday, Kurdistan defeated Szekely Land, a region in Romania comprising primarily of Hungarian speakers, by a margin of 3-0. According to Kurdish news site Rudaw, the team dedicated its victory to the Iraqi region’s peshmerga fighters. 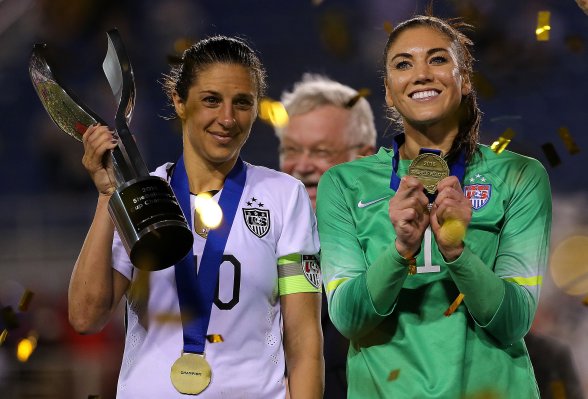