Kate Beckinsale Says Michael Bay Was ‘Baffled’ by Her Looks

Kate Beckinsale said her appearance “baffled” director Michael Bay when the two worked with each other on the 2001 film Pearl Harbor.

The British actress, during a Friday appearance on BBC One’s The Graham Norton Show, said the Transformers director appeared to care more about her looks than her acting ability—at least when compared to her other male co-stars at the time.

“I don’t think I fit the type of actress Michael Bay had met before,” she recalled, in remarks reported by Vanity Fair. “I think he was baffled by me because my boobs weren’t bigger than my head and I wasn’t blonde.”

“I’d just had my daughter and had lost weight, but was told that if I got the part, I’d have to work out,” she added. “And I just didn’t understand why a 1940s nurse would do that.”

Beckinsale, who went on to star in the Underworld movies, also expressed her aversion to how Bay promoted the film, which also had Ben Affleck and Josh Hartnett in leading roles.

“When we were promoting the film, Michael was asked why he had chosen Ben and Josh, and he said, ‘I have worked with Ben before and I love him, and Josh is so manly and a wonderful actor,’” Beckinsale said. “Then when he was asked about me, he’d say, ‘Kate wasn’t so attractive that she would alienate the female audience.’”

“He kept saying it everywhere we went, and we went to a lot of places,” she added.

Bay’s representatives did not immediately return requests for comment Sunday. 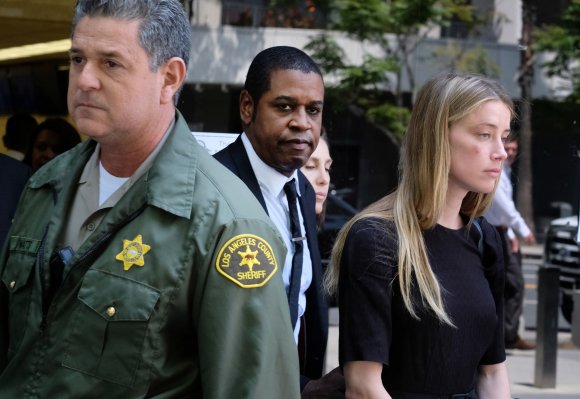 Amber Heard Gets Restraining Order Against Johnny Depp
Next Up: Editor's Pick