A gorilla at the Cincinnati Zoo was shot dead Saturday after it grabbed and dragged around a three-year-old boy who had fallen into its enclosure, officials said.

The child was treated for serious but non-life threatening injuries after he had crawled through a barrier and fell about 12 feet into the gorilla’s exhibit, where he was “violently” dragged and thrown around, The Cincinnati Enquirer reports.

Cincinnati Zoo President Thane Maynard said its 17-year-old male western lowland gorilla, Harambe, posed a danger to the child because of its 400-pound size and strength.

“The choice was made to put down, or shoot, Harambe, so he’s gone,” Maynard said, according to the Enquirer. “We’ve never had a situation like this at the Cincinnati Zoo where a dangerous animal needed to be dispatched in an emergency situation.”

The boy was with the gorilla for about 10 minutes before zoo officials deemed the situation life-threatening, the newspaper reports. “It’s a sad day all the way around,” Maynard said. “They made a tough choice. They made the right choice because they saved that little boy’s life. It could have been very bad.” 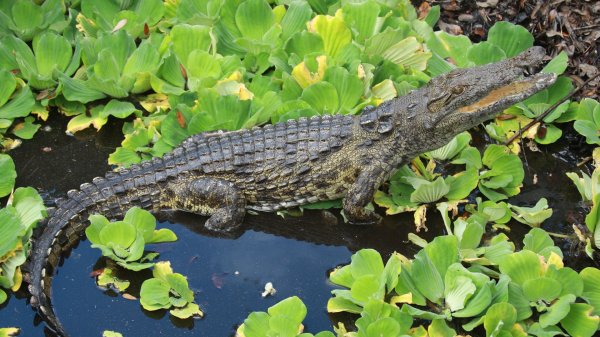 Nile Crocodiles Found in Florida
Next Up: Editor's Pick