Dozens Injured by Lightning Strikes in France and Germany

A group of people at a child’s birthday party in Paris were hit by lightning during a storm and another 35 were taken to the hospital after lightning hit a children’s soccer game in Germany on Saturday.

In Paris, a fire department spokesman said 11 people, including eight children around 9 years old, were struck after seeking shelter under a tree at a park, the Associated Press reported. Of the six who suffered serious injuries, four of the victims—three of whom are children—are in life-threatening condition. Five of those struck were slightly injured.

An off-duty firefighter who was nearby discovered the victims lying unconscious and got medical help.

“He saw who was the most seriously injured. He did a quick triage of the victims. He did first aid. He alerted the rescue services,” fire service spokesman Eric Moulin said, according to the Associated Press. “Without his actions, it would have been much worse.”

At the soccer game in Hoppstaetten, Germany, 35 people were taken to the hospital, including 30 children, after a sudden lightning strike shortly after the game ended, according to a police spokesperson. The AP reports three adults were seriously injured, including the referee. 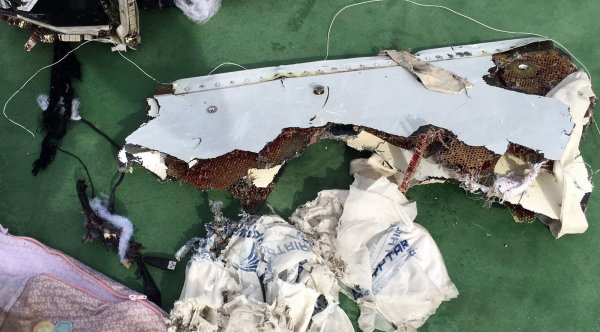 Experts Puzzle Over EgyptAir Crash
Next Up: Editor's Pick