Trump immediately accepted the shoutout as a compliment, while others quickly speculated Joel might have meant it as a joke.

“Thank you @BillyJoel many friends just told me you gave a very kind shoutout at MSG,” Trump posted on Twitter on Friday. “Appreciate it- love your music!”

Joel said Trump’s campaign has been “very entertaining” but dismissed the notion that his own political opinion matters.

“I’m in the entertainment business. Donald Trump’s campaign has been very entertaining,” Joel told TIME in an email on Saturday. “Aside from that, who cares about the political opinions of a piano player?”

As he did on Friday, Joel has dedicated “The Entertainer” to Trump at several concerts in recent months. The song’s lyrics include:

On other occasions, Joel has also dedicated “New York State of Mind” to Texas Sen. Ted Cruz after he made disparaging comments about “New York values.” 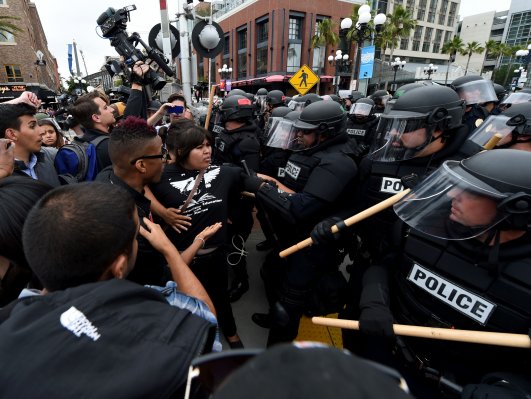