Uptick in Hurricanes Expected After Years of Quiet

Hurricane Patricia is seen from the International Space Station. The hurricane made landfall on the Pacfic coast of Mexico on Oct. 23, 2015.
Scott Kelly/NASA—Getty Images
By Justin Worland

The region will likely experience 10 to 16 named storms and one to four major hurricanes, the National Oceanic and Atmospheric Administration (NOAA) said Friday. Last year 11 named storms formed in the Atlantic region, and two were classified as major hurricanes. Neither hurricane made landfall in the United States, according to a NOAA report.

Federal officials urged U.S. residents in the hurricane zone to prepare for the possibility of tropical storms even though this season will technically be “near-normal,” an uptick from the “below-normal” storm activity of past years. Flooding and storm surge have turned relatively weak storms—like Hurricane Katrina when it made landfall in New Orleans—into some of the most damaging.

“Near-normal may sound encouraging, but… a near-normal season does not mean we’ll be off the hook,” said NOAA administrator Kathryn Sullivan on a conference call for journalists. “It only takes one storm.”

Chief among the unknown variables is how the end of El Niño will affect 2016 hurricanes. The climate phenomenon decreases the likelihood of tropical storms in the Atlantic Ocean and increases the odds in the Pacific Ocean. And, while it has ended, its effects may linger into the summer. La Niña, which increases the chances of Atlantic Hurricanes, has a 70% chance of developing this year, according to NOAA.

Forecasters also say that a period of high activity associated with the warm phase of the Atlantic Multi-Decadal Oscillation that began in 1995 may have ended. These shifts, which climate scientists do not completely understand, typically last 25 to 40 years. 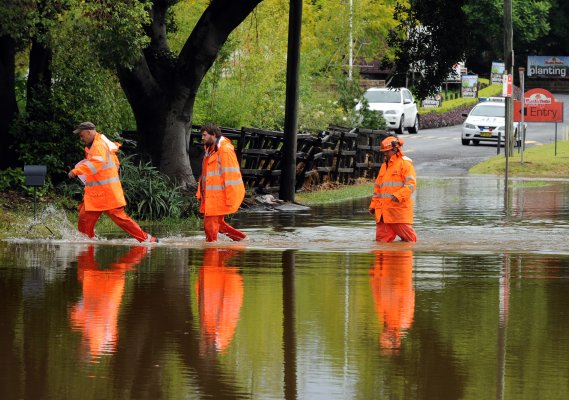 El Niño Is Over. Here's What Comes Next
Next Up: Editor's Pick