Justin Bieber and Skrillex Are Being Sued Over 'Sorry'

When Justin Bieber released the track “Sorry” last year, some critics ventured that it was the singer’s stab at turning over a new leaf—a chance to publicly apologize for the antics that marred his mid-stage career.

So it’s ironic that Bieber is now facing a copyright infringement lawsuit over the song, along with Skrillex, who produced the track. The singer-songwriter Casey Daniel, who goes by the stage name White Hinterland, alleges that the iconic ambient opening riff from “Sorry” was stolen from her 2014 song “Ring the Bell.”

“The identical and/or striking similarity of ‘Sorry’ to Plaintiff’s song ‘Ring the Bell’ surpasses the realm of generic coincidence and independent creation,” the legal complaint, which was obtained by EW, reads.

This sort of thing isn’t unprecedented, but it’s a relatively new phenomenon. It was a landmark decision when in March 2015 a jury ruled that Pharrell Williams and Robin Thicke had to pay $7.4 million to Marvin Gaye’s family because the pair’s song “Blurred Lines” borrowed from the Gaye track “Got to Give It Up.”

In this case, compare the two for yourself: 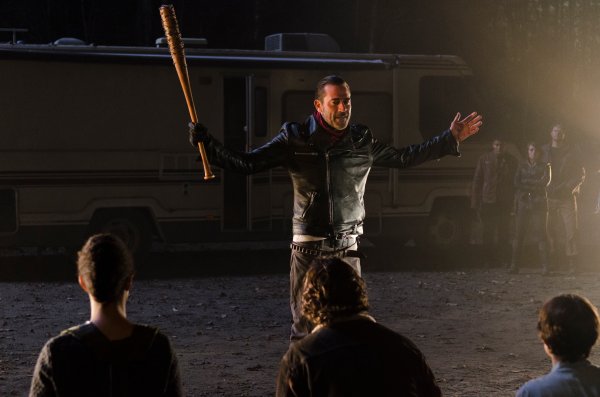 The Walking Dead's Norman Reedus Says Season 7 Is Going to Make the World 'Explode'
Next Up: Editor's Pick