Rapper Troy Ave was arrested Thursday in connection with a backstage shooting at a T.I. concert that left one dead and two wounded.

Police said that surveillance footage captured Troy Ave, real name Ronald Collins, firing shots in the backstage area of Irving Plaza, the 1,000 person capacity venue where Collins was set to perform, according to a report from the New York Daily News.

Collins was charged with reckless endangerment and illegal weapons possession and is expected to face a murder charge following the results of a ballistics test, according to police.

A gun battle erupted in the venue around 10 p.m. Wednesday night between Collins and another rapper Maino — the two have a history of feuding, according to the Daily News. It’s unclear how Collins bodyguard, Ronald (Edgar) McPhatter, was left dead.

Collins was arrested at NYU Langone Medical Center after having been brought there with a leg wound, police said. 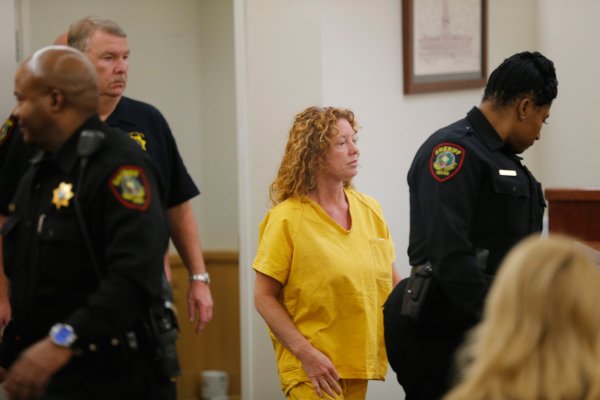 Mother of 'Affluenza' Teen Indicted on Money Laundering Charge
Next Up: Editor's Pick