Toronto police executed raids on dozens of marijuana dispensaries, shutting them down as the Canadian government moves to legalize pot across the country.

Police executed warrants and seized marijuana from 45 of the city’s 83 known unlicensed dispensaries, according to the Guardian.

While medical marijuana usage is legal in Canada— with a prescription— recreational use is not. Unlicensed marijuana operations have popped up across the country, according to the Guardian report, as Canada’s Liberal government prepares to legalize recreational pot use.

The government has said that it will introduce a law by spring 2017, but until then Toronto police insist that the current laws remain in effect in Canada’s largest city. It is unclear how much marijuana was seized and whether or not charges criminal charges were filed. 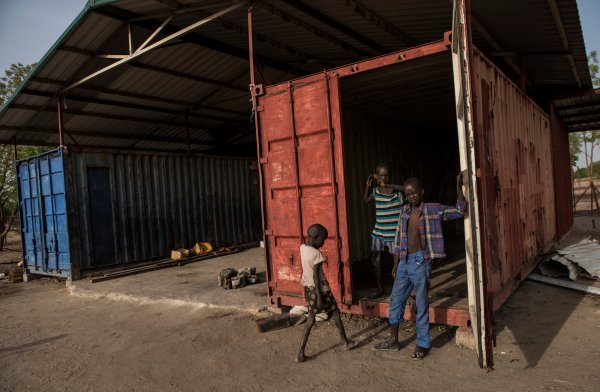 Shipping Containers Used as Prisons in South Sudan
Next Up: Editor's Pick