The mother of the “affluenza teen” Ethan Couch was charged with aiding her son in his escape to Mexico last year.

A grand jury Thursday indicted Tonya Couch on charges including hindering apprehension and money laundering, according to a report by the Associated Press. Couch and her son were taken into custody in December after the two fled to Mexico after a video surfaced online of her son drinking, which violated his probation.

A judge ordered Couch to serve nearly two years in jail—equal to consecutive 180-day sentences for each of the four people he killed in 2013 when he drove a pickup truck into a crowd of people. Couch, then 16, had a blood alcohol level some three times the legal limit during the crash.

His mother spent nearly $150,000 trying to keep police from finding her son while they were on the run.

A psychologist in the car crash trial determined that Ethan Couch suffered from “affluenza,” a psychological affliction in wealthy young people. 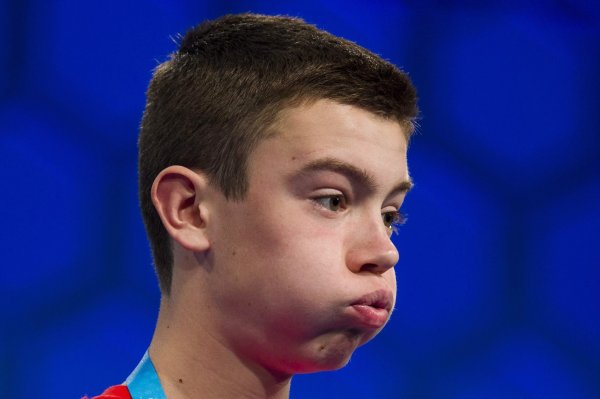 The Faces of Victory and Defeat at the National Spelling Bee
Next Up: Editor's Pick