Is Lauren Conrad Headed Back To Reality TV?

If all the nostalgia from The Hills’ 10-year anniversary reunion has you shedding mascara tears, take comfort in knowing that there’s probably another MTV project with Lauren Conrad headed your way.

The 30-year-old reality starlet and fashion designer (you might know her better as “the girl who didn’t go to Paris”) posted a mysterious Instagram of herself being filmed by a cameraman, whom she thoughtfully tagged as MTV, along with the leading caption, “Never thought I’d see the day…”

It’s a bold tease from the Laguna Beach and The Hills star, who told Redbook just last year, “I definitely wouldn’t encourage my child to do reality television.”

MTV News offered little more information than what Conrad revealed, but told fans to check LC’s Twitter account on Tuesday, May 31 at 11 am EST (which, as hardcore fans will know, is the anniversary of the date that Conrad left The Hills). Until then, the rest is still unwritten. 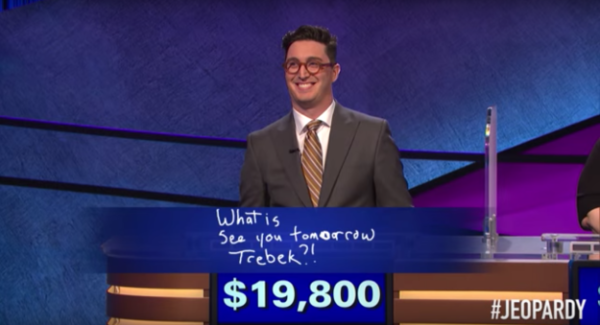 Jeopardy!'s Reigning Champion Buzzy Cohen Is Dividing the Internet
Next Up: Editor's Pick