Ismayilova’s sentencing to seven and a half years in prison for “economic crimes,” including embezzlement, illegal entrepreneurship and tax evasion sparked an international outcry, with rights groups criticizing the government for cracking down on independent media. Human rights lawyer Amal Clooney took up her case, saying Ismayilova was a prisoner of conscience.

Ismayilova is known for her investigative work into corruption in the oil-rich country, which included businesses affiliated with the family of President Ilham Aliyev. A diplomatic cable published by Wikileaks in 2009 revealed Aliyev had dubbed her an “enemy of the government.”

The Azeri court Wednesday modified the previous verdict to a three-and-a-half year suspended sentence that confines Ismayilova to the country and bars her from holding any public position. Although two charges have been dropped, two charges, for tax evasion and illegal entrepreneurship respectively, remain.

“The charges are false and illegal,” Ismayilova told the BBC World Service Wednesday. “I am still waiting for the full acknowledgement of my innocence.”

While the reason for the court’s decision is unclear, the revision comes after numerous rights groups have advocated on her behalf. In March her lawyer, Clooney, sent the case to the European Court of Human Rights. 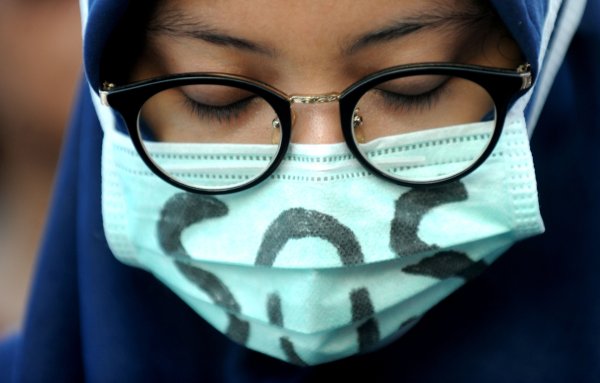 Indonesia to Chemically Castrate Child-Sex Offenders
Next Up: Editor's Pick