Will Congress's Chemical Safety Reform Protect Us? It Depends

Chemicals in household products have been manufactured and sold with few checks on their safety for decades in the United States—a system some have described as “innocent until proven guilty.” Manufacturers are allowed to develop and sell potentially dangerous chemicals—the federal government has few resources to stop them.

Read More: That Plastic Container You Microwave In Could Be Super-Toxic

Now, in a rare bipartisan move in an election year, Congress appears poised to pass the most comprehensive overhaul of federal chemical regulation in more than 40 years. Changes to the Toxic Substances Control Act, known as TSCA, will require the Environmental Protection Agency (EPA) to consent to new chemicals before they are sold on the open market, rather than after the fact. President Obama is expected to sign the measure.

“This is a sweeping legislation…with monumental benefits for virtually every man, woman and child in the United States,” said Congressman John Shimkus, an Illinois Republican, on the House floor before passage of the law in the House. “There is a widespread and understandable concern that no one is well served by the current law.”

The new legislation will require chemical manufacturers to submit new chemicals used in everything from consumer electronics to furniture to the EPA for testing and analysis before the chemicals can be commercially produced. The EPA will then have six months to determine whether a chemical poses a safety risk, needs further study or is unlikely to harm people or the environment.

The legislation also creates provisions to allow the EPA to review the thousands of chemicals already on the market that have not been approved by the federal government. Crucially, the EPA will be able to assess risk without considering the cost of replacements. The EPA will also have the authority to issue rules to manage risks, including labeling and full bans. The process of addressing that backlog of chemicals will take years if not decades, experts say.

The legislation’s bipartisan support—it passed the House of Representatives 403 to 12 and awaits a vote in the Senate, where it is expected to pass—suggests how frustrated business, consumer and environmental groups have grown over the existing law. Environmental and health groups have complained for years that existing federal law lacks the teeth that allow the government to take action against real risks, even as new science has shown that even very low doses of some chemicals can carry unexpected threats to human health. The EPA has only regulated five chemicals under the existing law, and many hazardous chemicals have failed to meet some of the provisions. That includes asbestos, which the EPA has failed to ban despite strong evidence that the chemical contributes to cancer.

Business groups have also complained about the fragmented regulatory scheme the law has created as states have been left to regulate chemicals where the federal government has not. That uncertainty is bad for business—and enough to convince many industry groups to support the new federal legislation.

But a number of health and environmental groups say that the new legislation may ultimately not be an improvement over current law. Much will depend on implementation. The measure does not fully explain how the EPA will fund the work of new regulation, and it simultaneously weakens states’ authority to pass their own, tougher legislation.

In the past, states have stepped in to regulate chemicals in the absence of leadership by the federal government. Lynn Bergeson, managing partner at the environmental law and government affairs firm Bergeson & Campbell, says the new approach could be seen as a “don’t call us, we’ll call you” approach for the states. “States that are mindful of what they need to do to protect their citizens don’t want that,” she says.

Some environmental groups also say the bill does not account for how the EPA can live up to its mandate given constraints on time and money. The agency has said it will begin its review of existing chemicals with a list of 10 priority subjects, with plans to take more on in the future. But in the accounting of the Environmental Working Group (EWG), around a 1,000 chemicals need review, according to Melanie Benesh, an attorney at the environmental advocacy group. Ruling on those chemicals with current resources could take decades, even as new chemicals will be introduced over time.

“The compromise version looks like a house of cards,” says Leonardo Trasande, a New York University professor who studies environmental health. “It has a very strong principles, but the implementation could leave less than the desired outcome.” 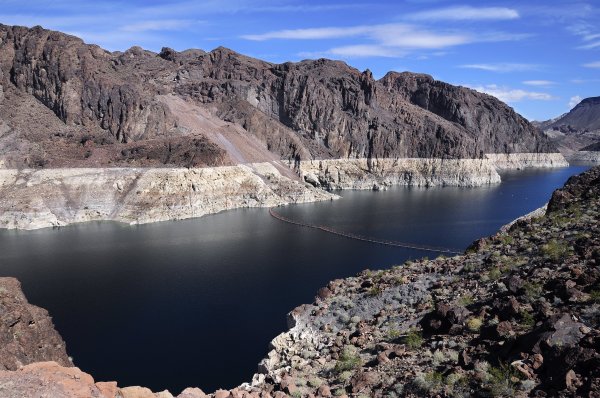