8 Gadgets To Up Your Sports Game This Summer

Author Malcolm Gladwell once theorized that 10,000 hours practicing a skill is enough to make amateurs into masters. That idea has been argued about ever since, but its detractors still can’t defeat the old adage “practice makes perfect.”

With ever-shrinking sensors and increasingly smart machine learning, technology has come a long way in recent years towards making better athletes. These eight sports gadgets provide much more insight than hours of training. They give you actionable data to help raise your game.

Adidas MiCoach Smart Ball: You don’t just app-enable a soccer ball for kicks. This Bluetooth-packing pelota is actually a training device that connects to smartphones and tablets to deliver hands-on (okay, feet-on) tutorials to help you master the pitch. Generating all sorts of data — like how hard it was struck, impact points, and even spin — the $200 practice soccer ball will not only settle that old argument of who has the hardest shot on the team, but it can help make your strikes even more powerful. Talk about setting goals.

FWD Powershot: You could say the key to a great shot is all in the wrist, but that’s dismissive of all the data this $150 hockey stick-topping sensor keeps track of. Able to calculate the speed of the stick, swing angle, weight transfer, and other analytics, this Android and iOS-compatible Bluetooth-connected device slips inside the top of a stick’s shaft, adding a negligible 35 grams of weight. But it also adds the ability to remember 5,000 shots, so go get ’em, Gretzky.

Game Golf Live: Golf is commonly referred to as a good walk spoiled. This $299 golf shot-tracking system tries hard to make the experience more enjoyable by working seamlessly in the background to capture your stats in real-time. Android and iOS compatible, Game Golf Live consists of a waistband-worn tracking device and 18 NFC tags for inserting into the handle of your club. So, with no effort whatsoever (outside of their swings), golfers can measure fairway accuracy and shot dispersion, calculate club performance, and count putts, among other things. And if you really want to stay off your phone while you play, Game Golf’s Apple Watch app shows live scores, stats, and yardages.

Jolt Sensor: Traumatic brain injuries are an increasing area of concern in tackle football, but really, people should be worried about them in all walks of life. In soccer, for instance, a head-ball can deliver 70 miles per hour of impact to the skull. This small, $99 sensor can clip on a headband or tuck into a helmet and sync with Android or iOS apps via Bluetooth to constantly monitor for big hits. With a range of up to 200 yards, worried parents can sit in the stands and keep track of their star players’ health. And a vibration mode also lets wearers know when they’ve gotten their bell run — if they didn’t know it already.

Peloton Bike: Actually arriving at spin class is half the challenge of embarking on one of its cardio-crushing sessions, but this $1,995 web-connected stationary bike brings the class to you instead. With a 21.5-inch HD touchscreen, Wi-Fi, and a neodymium rare earth magnet resistance system, the Peloton connects with heart rate monitors and either live classes or a library of archived workouts to push you to your limit, without having to leave your home.

Vert Jump Sensor: Proving once and for all that it’s not the shoes, this $125 belt-worn jump sensor can tell whether you’ve got big ups or just merely average ups. Measuring vertical leap, the Vert can keep track of your highest and average jumps, as well as tally up the amount of times you’ve gotten air — a key metric for warding off injury. But it’s not only good for basketball — volleyball players can benefit from Vert’s stats too, and a new “Jump Rate” tool can help fitness measurement for jump-ropers.

Wilson X Basketball: Whether you’re shooting around or practicing free throws, this $199 connected basketball should be the rock you’re looking for. Pairing with an Android or iOS app via Bluetooth, the round ball doesn’t feel like a gadget at all. With enough battery for 100,000 shots, if you ever need to recharge it (which you can’t) you could probably afford a new one, because you’ll have made the NBA. But the ball is pretty average — it’s the app where the magic lies. Able to tabulate your shot percentage at various ranges and calculate your free throw percentage, it’ll make sure you’ve got game. A buzzer beater mode is a fun game that has you racing against the clock, and the game-time mode throws real in-game situations at you to put your skills to the test.

Zepp Old Hickory Bat: Now more than ever, baseball is a numbers game, and with gear like this $300 smart bat you can crunch stats and crush pitches all in one swing. A wood bat with a cavity carved into the knob to place the Zepp smart sensor, this smart bat works with Zepp’s swing analyzing software to calculate bat speed, the swing plane, attack angle and other metrics to turn you into a walking sabermetrician. But since the sensor can be slipped into the bat’s handle, it’s suitable for gameplay in some leagues, letting you track an entire season of swings. Play ball. 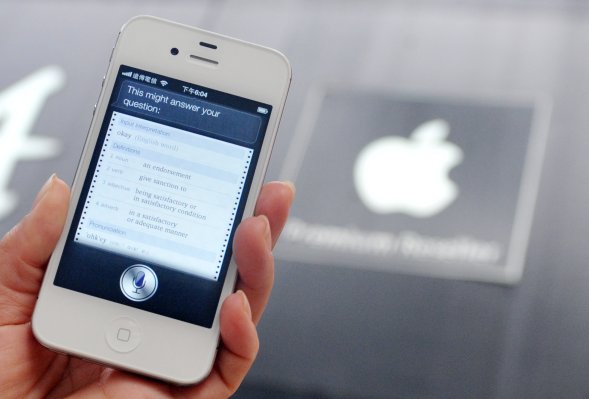 Apple May Soon Come Up With Its Own Version of This Amazon Product
Next Up: Editor's Pick