Blake Shelton might be a six-time Grammy nominee, but that doesn’t mean he’s seen it all.

The 39-year-old country music star and The Voice host visited Nobu with Tonight Show host Jimmy Fallon where he tried raw sushi for the first time. As might be expected, the results were hilarious.

Shelton tried a dizzying array of Nobu’s finest offerings, from tuna nigiri, whose texture he compared to “Play-Doh, but I will say this to you right now, man-to-man, I like that,” to sea urchin, which got a decidedly less favorable review.

While Shelton might have been less than enthusiastic about salmon sashimi and uni shots, he definitely developed a taste for sake, or “rice wine” as he called it.

Shelton’s efforts to broaden his horizons weren’t lost on Fallon however, who rewarded him with a Big Mac at the end of decidedly raw meal. 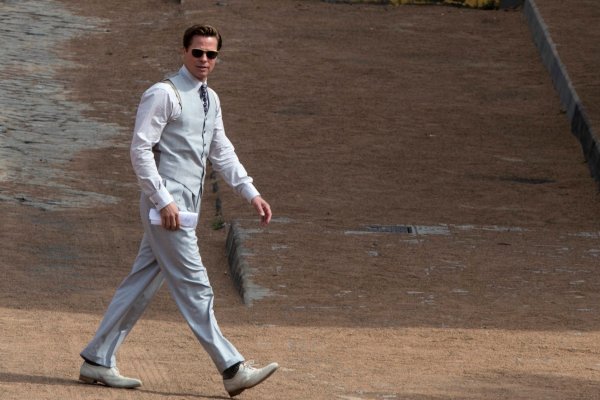 Brad Pitt Saves a Young Fan from Being Crushed By Crowd
Next Up: Editor's Pick