The Portland, Ore. police chief was placed on paid administrative leave by the city’s mayor after details emerged about the chief’s involvement in a shooting accident.

Police Chief Larry O’Dea went on a hunting trip with a friend last month, and the friend suffered a gunshot wound. O’Dea led responding officers from the Harney County Sheriff’s office to believe that the wound was a self-inflicted accident—and didn’t identify himself as a police officer, the Oregonian reports. But four days later, on April 25, O’Dea admitted to Portland mayor Charlie Hales that he had been the one to accidentally pull the trigger.

O’Dea only recently admitted to the shooting publicly, and neither he nor the police have explained the circumstances of the shooting to reporters. The friend has not been identified beyond the description that he is a 54-year-old man who was treated at a hospital and released.

The mayor has appointed Assistant Chief Donna Henderson as acting chief while the incident is investigated. “We need our Police Bureau operating at its best, and our officers can’t do that when there’s turmoil and confusion surrounding their leader,” Mayor Hales said in a statement. “Chief O’Dea has been providing excellent service as our police chief, and now needs to focus on these investigations. He and I agree that going on administrative leave during these open investigations is in the best interest of the Bureau and the city.” 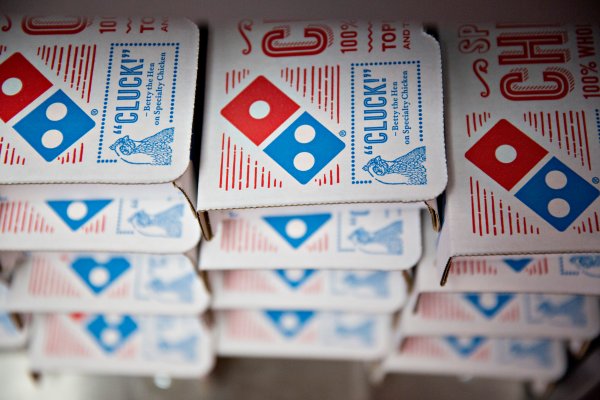 Domino's Staff Save Customer
Next Up: Editor's Pick