Sure, he wears red white and blue on the outside, but on the inside? It turns out Steve Rogers, a.k.a. Captain America, supports the evil, former Nazi organization, Hydra.

Marvel comics introduced the shocking twist Wednesday morning when Captain America: Steve Rogers #1 went on sale — and it turns out there have been hints that this was coming for a long time. TIME spoke with Marvel executive editor Tom Brevoort about the decision, the clues and why Hydra’s rhetoric sounds an awful lot like that of a certain presidential candidate.

TIME: How did Marvel decide to make Steve Rogers a secret Hydra operative?

Tom Brevoort: Nick Spencer, who is the writer of the series, pitched us the story as part and parcel of restoring Steve to his youth and vigor. In the comics, he’s been old for awhile. The super soldier serum that was keeping him young had been broken down, so for the 75th anniversary, Nick had this notion that we were going to restore him. But then we went into this other story about Hydra, and this is only the tip of the iceberg.

If readers go back and look at older comics, will this hold up?

It will. Issue 2 kind of winds the clock back a little bit and lays out exactly how and why things are the way they are. And it lays out a roadmap for where things are headed in the future. At this point, I don’t want to say too much definitively because I want people to read the comic books. But people will be able to connect the dots and follow the trail of breadcrumbs.

How long has this been in the works?

Almost since the beginning of when Nick started writing the Captain America titles, which would have been the end of 2014. So right around there the conversations first started about this. It’s been in the works for more than a year.

What does this mean for the Marvel Universe?

It means on the most fundamental level that the most trusted hero in the Marvel universe is now secretly a deep-cover Hydra operative, a fact that’s really only known to the readers and to him. That makes every interaction he has with anyone take on a second layer, a second meaning.

In the comic the Red Skull of Hydra talks about “criminal trespassers” who “make a mockery” of America’s borders and calls the refugees in Germany an “invading army” bringing “fanatical beliefs and crime” to Europe. Obviously, this hate speech is nothing new for the organization, but it sounds like rhetoric we’ve been hearing this election. Is that purposeful?

We try to write comics in 2016 that are about the world and the zeitgeist of 2016, particularly in Captain America. Nick Spencer, the writer, is very politically active. He’s a Capitol Hill head and following this election very closely. So we can talk about political issues in a metaphoric way. That’s what gives our stories weight and meat to them. Any parallels you have seen to situations real or imagined, living or dead, is probably intentional but metaphorically not literally.

What are we supposed to think about the fact that someone literally named Captain America now supports these beliefs?

Again, I don’t want to say anything too definitively because we’re laying out the story. But we want to push that button. There should be a feeling of horror or unsettledness at the idea that somebody like this can secretly be part of this organization. There are perfectly normal people in the world who you would interact with on a professional level or personal level, and they seem like the salt of the earth but then it turns out they have some horrible secret — whether it’s that they don’t like a certain group of people or have bodies buried in their basement.

You should feel uneasy about the fact that everything you know and love about Steve Rogers can be upended.

To ask the blunt question, is this a gimmick?

Every single month whether it’s a run of the mill month for Captain America or an extraordinary month, our job is to put him in situations that place that character under some degree of pressure and see how he reacts to that. And hopefully our readers are surprised, shocked, elated, see something of themselves, learn something about themselves. To say it’s a gimmick implies that it’s done heedlessly just to shock. The proof is always going to be in the execution. So you’ll have to read the rest of the story to see.

But I certainly believe it’s not a gimmick. It’s a story that we spent a long time on, that’s compelling and captures the zeitgeist of the world. It will make readers wonder how the heck we’ll get out of this. 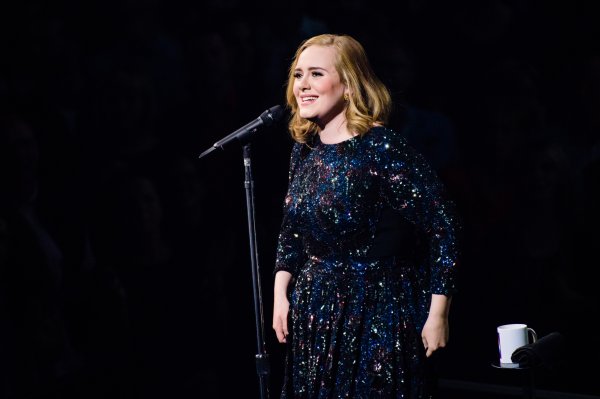