In a stream of tweets on Tuesday afternoon, Hillary Clinton accused Donald Trump of rooting for the housing market to crash back in 2006 and using it as an opportunity to make money.

The tweets followed a video released by Clinton’s campaign that featured a sound bite of Trump saying, in 2006, that he hoped the market would crash.

“I sort of hope that happens because then people like me would go in and buy,” Trump said in a 2006 audio book from Trump University, in response to a question about predictions that the market would crash, CNN reported. “If there is a bubble burst, as they call it, you know you can make a lot of money,” he said in the audio book. “If you’re in a good cash position—which I’m in a good cash position today—then people like me would go in and buy like crazy.”

Clinton referenced that audio clip as she fired off criticism on Twitter.

“How cruel do you have to be to actually root for a crisis that would devastate millions of families, all to pad your own pockets?” she said, arguing that his economic plan would hurt the middle class and “let Wall Street run wild again.” “Trump prioritizing his own gain over Americans’ well-being isn’t new, but it is telling: The only person he’ll fight for is himself.”

Donald Trump responded to Clinton’s attacks in a statement to NBC News, saying the country needs the kind of thinking that can “get a good result out of a very bad and sad situation.” 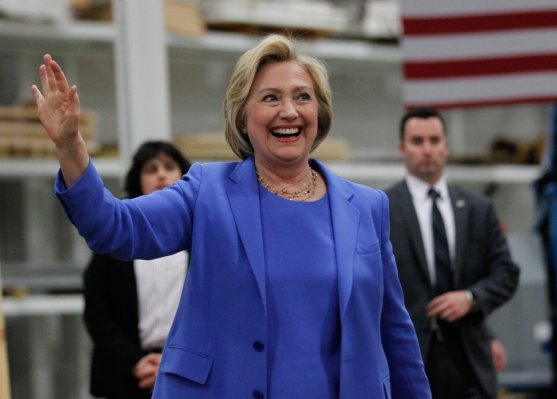