Louis Gossett Jr. on the Original Roots and the Black History That's Yet to Be Filmed

Louis Gossett Jr. arrives at the premiere of Sony Pictures Classics' "Miles Ahead" at the Writers Guild Theater on March 29, 2016 in Beverly Hills, California.
Amanda Edwards—WireImage
By Eliana Dockterman

It’s been nearly 40 years since Oscar-winner Louis Gossett, Jr. starred as Fiddler in the groundbreaking 1977 miniseries Roots. Since, he’s won an Emmy for that role, an Oscar for An Officer and a Gentleman and, most recently, spoken out about the #OscarsSoWhite controversy on the red carpet. This year, Roots getting a reboot (airing on the History channel, beginning Monday) with another Academy Award winner, Forest Whitaker, as the Fiddler for a new generation.

Gossett endorses the new telling of the Roots story, which traces the history of a black family to its African ancestors. “It’s a different audience. There’s a whole lot of young people who are so far removed from the original Roots that it had to be told again,” says Gossett. “Our children have no idea, viscerally I mean, of what really happened.”

Still, while he believes it’s important to revisit the story of Kunta Kinte, Gossett hopes that other black stories will make it to film too. He says that executive producer Mark Wolper asked his advice on rebooting the series, and that while he thought revisiting the source material was a good idea he had hoped that would be a chance for moving the story forward. “I said maybe we should continue the legacy — go into the west and World Wars, et cetera, and bring all of that story about us in America up to date. But I didn’t tell him not to do Roots,” he says. “I was just looking forward to the rest of the story.” (In 1979, Roots: The Next Generations brought the story as far as 1967; though the sequel was well-received by critics it wasn’t quite as much of a cultural phenomenon as the original had been, and its material is not included in the remake.)

Indeed, many actors have spoken out about the fact that the most prestigious roles for black actors in Hollywood films are usually as slaves. “It’s a business. When 12 Years a Slave got that much attention, everyone started to copy that. That story has to be told, but there are a lot more stories to be told than slavery,” says Gossett. Indeed, that legacy of slavery stories largely began with Roots, based on Alex Haley’s book of the same name. Unlike predecessors that romanticized the Civil War—like Gone With the Wind did—Roots didn’t shy away from brutality. And, in doing so, it sparked a new wave of conversation about race in America.

Gossett says the whipping of Kunta Kinte in the original series was the most emotional scene he’s ever filmed in his entire career. Vic Morrow, the late actor who played Ames, apologized before the scene to Gossett and LeVar Burton, who played Kunta Kinte. “All of a sudden, he did this part so fluently. And me as Fiddler, I’m looking at LeVar, who is my new friend, and I also looked at Kunta Kinte, and all of a sudden it morphed back and forth, from LeVar to Kunta Kinte,” Gossett recalls. “All of a sudden it was the realest thing. I knew that the whip was made of felt, but I got very emotional.”

Gossett says that he ended up improvising a line that captures his feelings about the whole project. The famous penultimate lines of the scene—”What you care what that white man call you? Make you say ‘Toby’? What you care? You know who you be, Kunta. That’s who you always be, Kunta Kinte”—were originally also the end of that script. 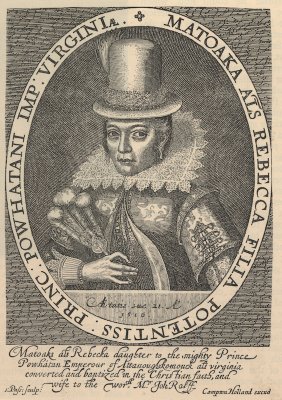 What's Missing From the Pocahontas Story
Next Up: Editor's Pick