Pink Has No Cool When She Meets Her Crush Johnny Depp

Pink may seem like one of the ballsiest babes in the biz, but get her around one of her celebrity crushes and she doesn’t even have the nerve to look in their direction. On Jimmy Kimmel Live Monday, the singer admitted she dodged her crush fellow guest Johnny Depp backstage.

“I can’t talk,” she confessed, noting that Depp and Michael Keaton have this effect on her. When Kimmel asked if she’d ever met Keaton, Pink said she “dodged him as well, in a restaurant. I got under my table and left.”

The first time she met Depp was in a record store, where her husband Carey Hart forced her to come out from hiding. It did not go well. The second time — on the show before our very eyes — she tried to avoid eye contact as well. She couldn’t stop giggling and turned brighter than her hair as she refused to allow Depp to kiss her.

“This is awful!” Pink insisted. We beg to differ. Watch the video above. 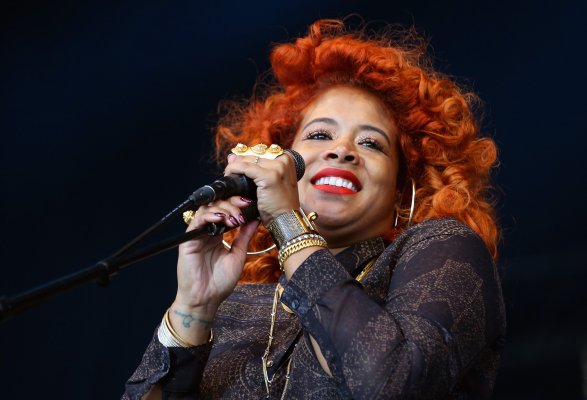 Apparently, Kelis Has Never Made a Milkshake
Next Up: Editor's Pick