El Niño Is Over. Here's What Comes Next

Emergency personnel check homes for inundation after heavy rains caused flash flooding across Sydney on March 8, 2012. Large tracts of New South Wales state are under water, with Sydney feeling the force of a La Nina weather system as an estimated 120 millimetres of rain fell on the city -- the highest daily total since 2007.
Torsten Blackwood—AFP/Getty Images
By Justin Worland

The “Godzilla” El Niño that began last fall is finally over after months of above-average sea surface temperatures in the Pacific that altered weather patterns around the world, the Australian weather-monitoring agency said Tuesday.

The Australian Bureau of Meteorology’s counterparts in other countries around the world will likely announce the same finding in their coming El Niño reports. Reports published earlier this month by the U.S. National Oceanic and Atmospheric Administration (NOAA) and the World Meteorological Organization suggested that El Niño was already in decline.

A majority of climate models suggest that the climate pattern La Niña will develop in the wake of El Niño, according to the Bureau of Meteorology. La Niña — a climate phenomenon characterized by significantly below-average temperatures in the equatorial Pacific — brings dry and warm weather to the southern U.S. and Mexico, and wet weather throughout much of the Pacific, according to an NOAA report.

The outgoing iteration of El Niño brought rain to California and worsened drought across Africa and elsewhere. Globally, the climate phenomenon contributed to high temperatures that made last year the hottest on record and will likely make 2016 even hotter. But still, El Niño failed to live up to some expectations that it would dwarf the 1997 El Niño in size and impact. The rainfall in California, for instance, was not enough to lift the state out of its crippling drought. 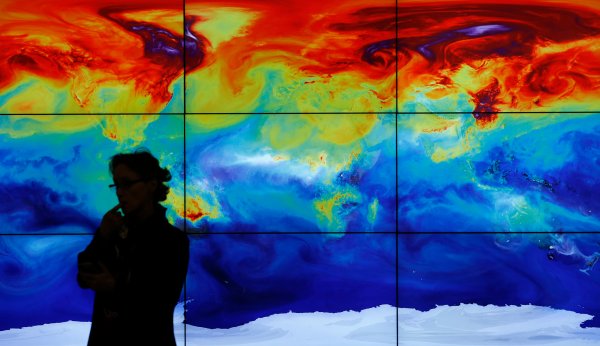 This April Was The Hottest on Record, NASA Says
Next Up: Editor's Pick