Welcome to the Election From Hell

A "Vote Here" sign stands outside a polling station during the presidential primary vote in South Bend, Indiana, U.S., on Tuesday, May 3, 2016.
Daniel Acker—Bloomberg /Getty Images
Ideas
By Frank Luntz
Luntz is a pollster and communication advisor. He is conducting focus groups for HBO and Vice News ahead of the 2018 elections.

As a professional focus group moderator, I’m about to make an admission that could cost me clients and even a career: I’ve lost control.

Northeastern moms are mad. California Tree Huggers are ticked off. Born Again Iowans are irate. I’ve led three dozen focus groups in more than a dozen states this year, and trying to moderate and mediate a sensible discussion about politics has become like feeding time at the crocodile enclosure. The moment a contentious topic is introduced, a cacophony of voices spew forward in rapid crescendo, each one louder and more breathless than the last. Within minutes, everyone is yelling, no one is listening and nothing is resolved. The public may despise most members of Congress, but we’ve sure gotten good at emulating them.

Welcome to the election from hell.

Moms used to be my go-to group when clients needed information relevant to their product or service and I needed to hear some sanity, empathy and common sense. No longer. The session I hosted for CBS This Morning earlier this month with mostly moms was an utter train wreck. Many of the exchanges ended up on the cutting room floor because three, four, even five women talked at the same time with a critical tone usually reserved for their husbands. I entered the studio with excitement and anticipation, and left with a headache.

Today, our politics reside in an intellectual cul-de-sac. People only want to hear themselves pontificate, or listen to those who confirm, affirm, and validate. Proof? How many Democrats regularly listen to Fox News? How many Republicans frequently tune into MSNBC? Thirty years ago, voters rewarded politicians who spoke with vision and compassion about a “shining city on a hill,” “a thousand points of light,” or ”I feel your pain.” As recently as four years ago, we sought presidential candidates who were ultimately respectful, presidential, and statesmanlike.

Yet today, both presumptive nominees are so equally distrusted and despised by polarized sections of the electorate that their most effective message is: well, at least I’m not [insert other candidate]. As for the voters, they demand that politicians speak as angrily and as disrespectfully as they feel. Anything less, in their words, is politics or pandering.

A good illustration occurred a few days before the decisive Indiana primary when Donald Trump crushed the remaining, flailing opposition to his candidacy. I hosted a GOP focus group of Republican voters for The Kelly File. What happened below never made air, but it should have:

Remember, these were Hoosiers. The people of Indiana are among the friendliest, most gentle-natured people in America (Bobby Knight excluded). But when it comes to politics in ‘16, the mood is anything but gentle: Everyone’s angry, everyone has a target for that rage—and everyone wants revenge.

The underlying principle that explains candidate messaging and voter rancor this year: someone has to be punished. I call it the American Anger Agenda—a litany of people and policies that have wronged us in some way and need to be held up for mockery and ridicule.

Similarly, voters endorse candidates whose mission is to inflict pain, not feel it; candidates who give voice and volume to their outrage. Hillary Clinton gets the most applause when she attacks her opponents, rather than putting forward her own agenda. The same with Trump, obviously, and even Sanders. The mentality of the 2016 voter is both clear and contagious: It’s our turn now, and we don’t care if we offend you. In fact, we have been so ignored and so disrespected for so long that we actually WANT to offend you. You’re all the same. But what they mean is, You are nothing like me. You don’t understand my life or what it’s like to walk in my shoes.

I asked that Indiana Republican focus group if they would accept or reject a Republican Congressional candidate who refused to endorse Donald Trump. The answer: an emphatic rejection. And it’s about more than party unity. It was because a refusal to endorse Trump—in their minds—just shows such candidates are trying to protect their own careers, the establishment and the status quo. They’re afraid Trump’s going to blow Washington up, and they’re cowards who don’t fight for people like them. Trump voters are matched by Sanders supporters—who together form a majority of all Americans—in believing there is no real difference between the two parties, that both are gripped by professional politicos and special interests that are choking off the foundations of democracy. That is why the salience of both Trump and Sanders turning their back on the rivers of gold from Super PACs and Wall Street is so strong—and it unites the supporters of these seemingly diametrically-opposed candidates.

What I see and hear, night after night is all about passion, not compassion. It’s about catharsis, not consensus. Payback, not progress. Posturing, not policy.

In today’s social media, talk radio, cable news-driven campaigns, where reason and emotion collide in politics, emotion usually triumphs. And we are in the midst of a campaign of demonization and destruction—and every topic and person is fair game thanks to voter encouragement. From “Low Energy Jeb” to “Little Marco” to “Lyin’ Ted,” Donald Trump has taken character-labeling and personal attacks to a new level— and straight to the Republican nomination. To my shock, the more Trump insulted and excoriated those who stood in his way, the more laughter and head-nodding I saw from Republicans. When I reminded participants of Reagan’s 11th Commandment, “thou shalt not attack another Republican,” they were unmoved. “These establishment Republicans deserve it,” was the most common response.

On the Democratic side, it has gone beyond harsh words to actual violence. At the Nevada Democratic convention earlier this month, over a dozen police officers had to be called in to keep the peace. The party’s state headquarters was vandalized the next day, and the state party chairwoman had to accept a security detail because she was receiving death threats from people nominally on her own side. At Trump rallies coast-to-coast, liberal activists openly embrace screaming over their opponent in an attempt to silence him. And it’s only May. We still have two conventions, three debates and more than five months to go.

I am fearful of expressing my concern publicly about the poison and toxicity of American politics. Democrats will claim I’m shedding crocodile tears, and Republicans will say I’m a wimp. So allow me to close with the hopeful words of one of my Hoosier participants, a rare voice of reason in a dark sea of negativity:

Can the American people come together after a race which will be as divisive and destructive as it is car-crash compelling? Don’t hold your breath. 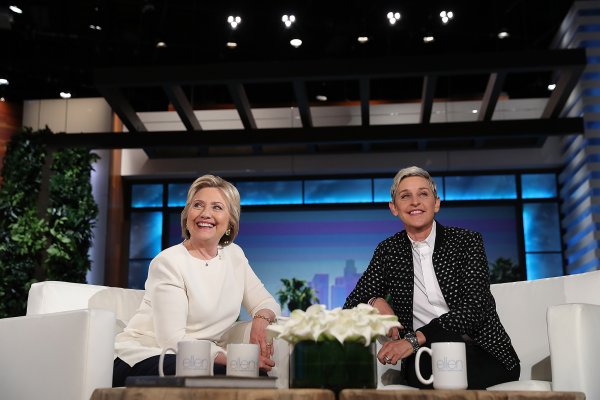