There's a Brilliant New Way to Pay Less for Your Flights

There are probably worse travel planners than me, but I doubt it. I’m a procrastinator, and always fretting that I didn’t find the best deal. So a new feature of airline travel appeals: the option.

Recently, I paid $29 to a company called Options Away to hold a $156 one-way fare from Las Vegas to New York City for two days so I could do some further dithering—I wasn’t sure about my return. If I found a better fare within that period I could simply purchase that ticket and let the option lapse; or I could exercise the option and pay the company $156 for the ticket, which I did, even if the fare went up in the interim. And if the fare decreased, I would get the lower price. “There’s never been a person I’ve spoken to who didn’t say, ‘My goodness I could have used this three weeks ago,’” says Rob Brown a former options trader and Options Away’s co-founder, along with his wife Heidi, another options whiz.

If Tulip mania rings a bell, you likely know that options have been around for centuries. An option is a derivative—that is, its value derives from something else—that gives you the right, but not the obligation, to buy or sell. In Holland in 1636, that meant a tulip bulb. Today, a plain-vanilla option is often used to reduce risk—to lock in a price, or a profit, say on commodities such as grain or currencies. Options Away is using a variation to bring price-risk mitigation to travel. The company has signed more than 40 airlines and travel sites Expedia, Travelocity, Orbitz and Hipmunk. Kayak has begun its rollout, too with, starting with American, Alaska and Virgin America flights.

“Anytime you have angst in the market place, you should be able to price that angst in a way that makes money for everybody: that gives both counterparties security,” says Steve Hafner, Kayak’s CEO and co-founder. For me, airline travel equals angst. Purchasing an option works like this: if you spot a flight you like, but aren’t sure about your plans or the price, you can buy time. Most of the options are between $10 and $29, and users can buy up to 30 days to decide. The option price varies depending on travel date, length of the option and the price of the ticket. Some travelers are even doing a bit of arbitrage—buying options for several flights across a couple of acceptable dates, more or less betting that one of the fares will decrease. (Want to play? The meta travel sites make predictions on fare changes.) For most, it’s more about buying time.

When should you buy an option? If you’re one of those annoying types who books well ahead, nails a good price and rarely changes plans, it’s not for you. But the more uncertainty you have about your travel or its cost, the more attractive an option becomes.

The math for airfare options is trickier than for some financial instruments. Unlike say, corn, the price of an airline seat doesn’t move freely in the market. Airlines set and adjust the prices. We, on the other hand, do not behave the way corn does, at least not in an economic sense—our decisionmaking is highly unpredictable. So Options Away’s pricing model has to account for human-based volatility risk and airline-based pricing risk.

To reduce volatility, the idea is to get you to decide sooner than later. That’s why options on airfares may only be the first product offered as the business progresses. Suppose, during the time you are deciding, the airline offered you a special on early check-in or an upgraded seat? And why just airfare? Eventually you might be able to buy an option on the whole works: airfare, hotel car rental—maybe even sporting events. Indeed, Hipmunk offered NFL fans options on flights to Super Bowl host city San Francisco from the cities of the semi-finalists: Denver, Boston, Charlotte, and Phoenix.

Over the last 20 years, airlines have made you bear more of their risks. That’s why refundable tickets can be 3 or more times the price of non-refundable tickets. You are in effect compensating your airline for the right—the option, in other words—to not show up. That obscene price gap allowed Options Away to fill the space with a product that Brown calls “precillary”— as opposed to the “ancillary” fees airlines charge for checked bags, exit row seats and such.

Which means that Brown’s a quant, not a poet, but more importantly, he and his wife have shifted the odds ever so slightly back to the passengers. And we need all the help we can get. 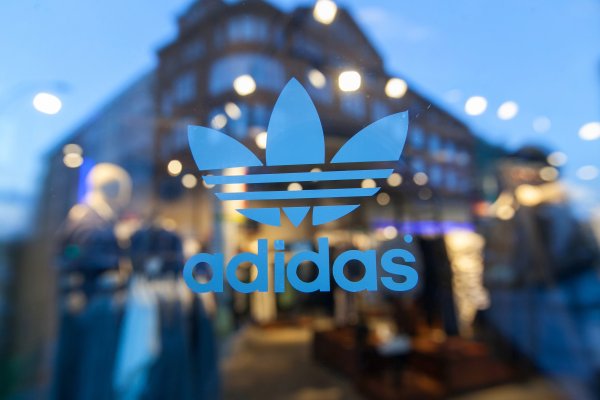 Adidas to Use Robots to Bring Production Home
Next Up: Editor's Pick