Indian Prime Minister Narendra Modi concluded a two-day visit to Iran by signing a raft of agreements Monday, including two key deals that will likely enable him to circumvent contentious neighbor and regional rival Pakistan — thereby establishing a crucial economic and strategic pathway toward the rest of the world.

The most noteworthy of the 12 agreements signed between Modi and Iranian President Hassan Rouhani is India’s investment of $500 million into developing Iran’s Chabahar port, considered an important entrepôt leading to Afghanistan and onward to Central Asia. Afghan President Ashraf Ghani also later joined the two leaders to sign a trilateral transit agreement that will significantly ease the passage of goods between the three countries and boost trade.

“The main significance is the explicit connection of this project to Afghanistan’s future economy and stability. In that sense, the presence of Afghan President Ghani in Tehran was very important,” Dhruva Jaishankar, a fellow for foreign policy at Brookings India, tells TIME, adding that the political importance being given to the Chabahar project makes it clear that it is “not just any commercial deal.”

Modi’s visit to Tehran is the first by an Indian Prime Minister since 2012, with both countries keen to capitalize on the lifting of U.S. sanctions last year — the sanctions had led to a partial deterioration of their previously cooperative relations. India is one of the largest importers of Iranian crude oil but built up a $6.5 billion backlog of payments during the sanctions. India’s role in the global condemnation of Iran’s nuclear program also soured the bilateral relationship.

Although both Modi and Rouhani refrained from specifically referencing Pakistan — with the former speaking of “trust not suspicion, cooperation not dominance, inclusivity not exclusion” and the latter saying “today’s agreement is not against any other country” — the agreements are considered by many a counterbalancing effort against China’s growing influence in the region through Pakistan.

Chabahar is located near the Iran-Pakistan border, and is a little over 60 miles from the Pakistani port of Gwadar that is being developed by the Chinese. The proposed transit route through Iran and Afghanistan also appears to be a response to the China-Pakistan Economic Corridor (CPEC) announced last year.

“There is no denying that Pakistan’s intransigence on transit trade between India and Afghanistan via Pakistan is one reason transit through Iran is being realized now,” says Jaishankar, although he adds that the trilateral agreements would likely have been realized even without Pakistan in the picture.

“Beyond that, security concerns and Chinese investment in the [CPEC] necessitate a parallel route for India to access Afghanistan and Central Asia, for Iran to build up its own transportation infrastructure, and for Afghanistan to access the Indian Ocean,” he says.

Other potential partnerships inked by the two countries include the construction of a smelter in Iran by India’s National Aluminium Co., investment in an Iran-Afghanistan rail line by Indian state-run engineering company IRCON and several other strategic and cultural exchanges.

Several question marks do remain, Jaishankar adds, such as Afghanistan’s national security, the possibility of a reinstatement of sanctions on Iran, and India’s ability to overcome financial, bureaucratic and regulatory hurdles to deliver on its commitments.

“Iran has been disappointed in the past by India’s promises,” he says. “The Prime Minister’s visit was meant in part to convey the message that that will not happen again.”

Correction: The original version of this story misstated the number of years since an Indian Prime Minister last visited Iran. It is four. 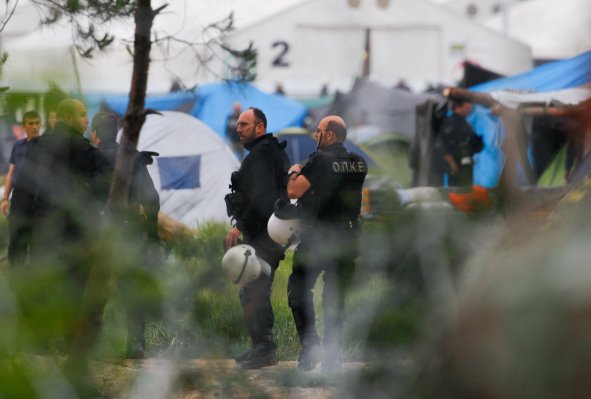