The “Justin Bobby” nickname — which most viewers thought Lo Bosworth came up after being introduced to the free-spirited, motorcycle-riding, hair cutting, sometimes-boyfriend of Audrina Partridge — was actually created because of confusion on set with Partridge and the camera crew.

“It was misconstrued ’cause it happened with Audrina actually, ’cause she knew me as Justin,” Brescia said. “And then when we started filming I was telling her, ‘Let’s just say Bobby’ — Robert [being] my middle name kind of thing — and she did a little bit and then she started slipping and saying Justin. Production was kind of running around saying, ‘Who’s Justin? Wait, who’s Bobby?’ They kinda brought it together and I think they had to put it onscreen somehow, so they just laid it up to Lo.”

Now, six years after The Hills ended, Brescia is based in Austin, Texas, and is currently on his first tour with his alternative punk band, BobbyrocK, although he still sometimes cuts hair. He might be known as Justin Brescia now, but he’ll always be Justin Bobby in our hearts. 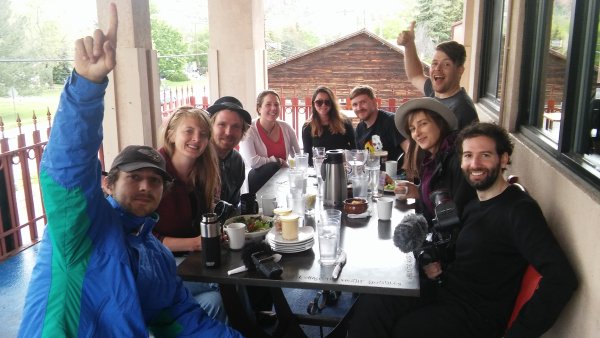 The Strangest Things Shia LaBeouf Told His #TakeMeAnywhere Fans
Next Up: Editor's Pick