You Probably Think You're Healthier Than You Are

Ask the average American, and they’ll tell you their health is good. Very good, in fact. A report released Tuesday by the National Center for Health Statistics (NCHS) found that at the end of 2015, two thirds of Americans said they were in “excellent” or “very good” health.

Self-reported health was one of 15 measures analyzed in the report, and estimates were drawn from National Health Interview Survey data.

That optimistic number, 66%, hasn’t changed over time; it’s barely budged since 1997. When asked to rate whether their health is poor, fair, good, very good or excellent, Americans consistently choose from the sunny side of the scale.

But are Americans as healthy as they believe?

Typically, asking a person how healthy they are tends to match up with their physical state. But that’s not what Dr. Steven Woolf and his collaborators found back in 2013 in their 420-page research report, “Shorter Lives, Poorer Health,” which compared the health of Americans to people in 16 other high-income countries. “Across the vast majority of measures we looked at, across all age groups from infancy to old age, and across gender and race, we found the same pattern: that Americans are doing worse than their peers,” says Woolf, editor of the report and director of the Center on Society and Health at Virginia Commonwealth University. Their life expectancy was lower than that of people in almost all other countries, and Americans topped almost everyone else in rates of obesity, diabetes, heart disease and chronic lung disease. (Woolf wasn’t involved in the NCHS study.)

However, Americans were also more likely to describe their health as “good” or “excellent” compared to people in other countries, even when their health outcomes suggested the opposite, Woolf says. “We took that particular measure, self-rated health, with a grain of salt.”

(Consider, for example, male mortality: in the new NCHS report, men were more likely to call their health “excellent” compared to women, yet men consistently die earlier than women do.)

Self-reported health is not a perfect measure, of course. It’s inherently subjective, and different cultures may have various ways to word the surveys. “People’s perceptions of whether their health is good or excellent vary from individual to individual,” Woolf says. But he thinks there’s another reason people in the U.S. rate their health so highly. “There is this belief in American exceptionalism,” he says. “I think that Americans have the perception that they have the best healthcare system in the world and the best health in the world.”

The 2013 report found that Americans did do better in some areas. Their chances of dying from cancer and stroke were lower, and they had better control of high blood pressure and cholesterol levels—“probably because of our heavy use of prescription drugs to control them,” Woolf says. But Americans died at higher rates from the diseases for which those drugs are given, he says. “We’re doing a better job of taking those pills, but not necessarily in preventing the deaths.”

No matter how rosy a person’s outlook—and indeed, there’s some evidence that a positive attitude can impact how you age—it’s impossible to claim that the health of most Americans is stellar. “Back in the ’60s and ’70s, Americans did have the best health,” Woolf says. “But we’ve fallen off the path starting in the 1980s and it just keeps widening. If you look at it over time, you can see that this trend is going to continue unless something transformative is done.” 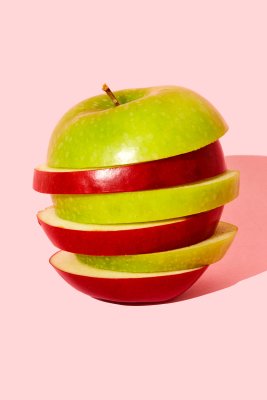 How to Protect Yourself From Listeria
Next Up: Editor's Pick