Welcome to The Bachelorette! Last season, when Bachelor Ben Higgins announced his love for Joelle “Jo Jo” Fletcher it should have been the start of a reality TV fairytale whose well-trod next steps included a proposal, a Neil Lane diamond ring, a mooshy-faced public appearance on After the Final Rose, and eventually either a televised wedding ceremony or a break-up strewn across the tabloids. Instead, Ben dumped Jo Jo at the finale, because he loved her, but he loved blonde flight attendant Lauren slightly more.

Ben’s actions left Jo Jo with two options, which she mulled while staring into the middle distance: be a tragic Bachelor backstory trotted out as a cautionary tale in those magazine spreads we all read from front-to-back, or become The Bachelorette. Jo Jo chose the latter, much to third-place contestant Caila’s chagrin as it was rumored that she had already started filming her season as The Bachelorette, when Jo Jo’s decision bumped her. (Anyone else think Caila is hiding in a plastic house in her dad’s toy factory?)

Now, Jo Jo is in charge and she is ready to find love or something like it. The producers have chosen a gaggle of good-looking men (and one self-described professional hipster), the spray tan is flowing, the hot tubs are scrubbed (hopefully!), and the roses have been de-thorned. Jo Jo is ready to embark on her journey to find love on reality television.

Words of Wisdom: Before undertaking the hardest job she’ll ever love, Jo Jo decides to seek advise from three sages — Kaitlyn Bristowe, Ali Fedotowsky, and Desiree Hartsock. The three former Bachelorettes are either sporting massive Neil Lane diamond rings, baby bumps, or both, meaning they have loved and learned and have plenty of advice to pass on to little Jo Jo. When asked about her one regret, Kaitlyn doesn’t name names, but it’s definitely Nick Viall. (In other words, her only regret was not listening to Andi Dorfman when Andi suggested she run.) Desiree suggested she be honest with herself and the men, while Ali begged her to learn from her mistake with Roberto and focus on compatibility, not chemical attraction. Then they suggest going full middle school and ignoring the guy you actually like for at least two weeks.

The Highlight Reel: Before the first limo arrives, the producers give a little highlight reel of the men vying for Jo Jo’s roses, including Grant who is ready to make Jo Jo’s firefighter fantasy come true (whether she has one or not). There’s Jordan, the little brother of the Green Bay Packers’ quarterback, Aaron Rogers. He’s left the NFL and is ready to make love… a priority. Then there’s Alex looking dapper in his Marine Corps uniform; Texan veteran Luke who has seen loss and wants love; Ali the Iranian surfer; and Christian who is raising his two brothers and looking for the right woman to “join the team.” (Is that what the kids are calling it these days?) There are also some men getting the wacky music treatment like The Bachelor fan who watches the show with his mom and the Erectile Dysfunction expert who is a former pastor who loves “booty dancing” and apparently Johnny Depp’s facial hair.

The First Limo: As the first limo pulls up, Jo Jo yells, “Bring on the men!” First out of the limo is Jordan, the tall drink of high school quarterback with a fairy tale story of his own — his parents were engaged after just a few weeks and have been married for 36 years now. He’s a true believer, which just might give him the advantage here. Also, Jo Jo declared, “He’s hot!” as he walked away. Then there was Derek, who seemed both dazed and confused; Grant promises not to fall in love with two women on the show, which Jo Jo thinks is swell (she may not have noticed that she’s the only girl around); and the first of three (three!) Jameses arrives and tells Jo Jo he’s here for love, not roses. Robby recreates the single greatest moment in The Bachelor’s history and got Jo Jo to chug wine on the mansion steps just like her mom did when she became the nation’s spirit animal by chugging wine straight from the bottle during Ben’s home visit.

The Second Limo: There’s a B-grade John Krasinski, a C-grade Orlando Bloom, and a miasma of cologne and hair gel fogging the lens. Alex seems stunned to find himself on TV; Will seems like an affable goofball; Chad “smells good” according to Jo Jo, but since smell-o-vision hasn’t been invented yet we will just have to believe her; Ali sparkles; another James charms her with a song; and Canadian male model Daniel shows up to prove he’s good at aging memes, shouting, “Damn, Jo Jo, back at it again!” He not only establishes himself as the group’s expert on things that were popular on Tumblr three months ago, but also the most likely villain.

The Gimmicks: Things start to get more entertaining when Jonathan steps out of the limo in a kilt, because he is half Chinese, half Scottish — and, he says, it’s the bottom half that’s Scottish. He does the Monty Python nudge, nudge, wink, wink thing, but when Jo Jo doesn’t get the joke, he helpfully informs her that he’s not wearing “panties” under his kilt. Following in Jonathan’s footsteps is Santa Claus, who knows that Jo Jo was on the good list this year. At least he didn’t invite her to check the coal in his stocking, like the next man who gave Jo Jo “blue balls” and gave her permission to “squeeze [his] balls” whenever she gets stressed. Christian rolled up on a motorcycle, only to be one-upped by Luke who rode in on a unicorn (man-made, sadly). The big winner, though, was a Radio DJ named Wells who brought four wing men — the acapella group All 4 One who serenaded Jo Jo, and follow Wells everywhere, perhaps even the bathroom.

The Cocktail Party: Jo Jo goes to greet her suitors, and when she says she doesn’t deserve all this, the men wrestle to be the first to tell her that she does. Then Alex, the Marine, establishes himself as the Alpha Male (or more like that one YouTube commenter who types, “FIRST!”) by taking her for some alone time and then doing push-ups while she sits on his back. The men are not impressed, but Jo Jo seems into it. She chats with a bunch of the men, but can’t find a connection until she sits down with Jordan, the football player. The have definite chemistry, which seems to open the floodgate to other connections. Ali plays the piano for her (although it was Fur Elise), Luke gives her cowboy boots, and James Taylor makes her blush and smile. Then she makes out with Santa, as you do.

Bachelorette Milestone: Thanks to a sassy paper fortune teller, Will steals a kiss from Jo Jo, but she wasn’t ready for it and didn’t seem to particularly enjoy it. Then Jordan swooped in to save her from the awkwardness and got a proper kiss for his trouble.

The Drunk Guy: Damn Daniel takes on a whole new meaning thanks to Daniel who gets wasted on a string of Fireball shots and champagne and then pokes the Erectile Dysfunction expert in the belly button, leading to a Greek chorus of men intoning, “You never poke a man in his belly button” like it’s lore passed down by coaches in the locker room before junior high gym class. Then Daniel strips down into his “male underwear,” which he adamantly swears is not a thong. He has hit bottom, but manages to keep digging by jumping in the pool. He wasn’t the only one either, Jo Jo had a handful of drunk dudes, which leads one to conclude that she drove them to drink.

The Drama: Just as The Rose Ceremony gets started, another limo pulls up. Out pops Jake Pavelka, an airplane pilot with anger management issues and middling taste in women. The men start sweating at the idea of another Nick Viall moment, but the producers are just pranking them. Turns out Jake is a close family friend of Jo Jo’s and she views him like a brother. He is just there to annoy the men and give his little fake sister some advice to help her on her journey to find love (while making amends for yelling at Vienna in front of America).

The Rose Ceremony: Texas unicorn Luke gets the first rose; Wells and All 4 One share a rose; James Taylor gets a rose followed by Grant the firefighter, Derek a.k.a. poor man’s John Krazinski, Nice Guy Christian, Chad accepts his rose while Santa looks on in dismay as he is passed over again. Then a whole bunch of other guys like Chase, Alex, Robby, Brandon the Hipster, one James, Ali the pianist, Will the goof, the third James, some guy named Vinnie, and then Santa Claus receive a rose making the Erectile Dysfunction Expert go limp. Then, Damn Daniel the guy who stripped and jumped in the pool gets a rose and the rest of the men die a little inside.

Coming Up On This Season of The Bachelorette: Fights, bloody knuckles and football. 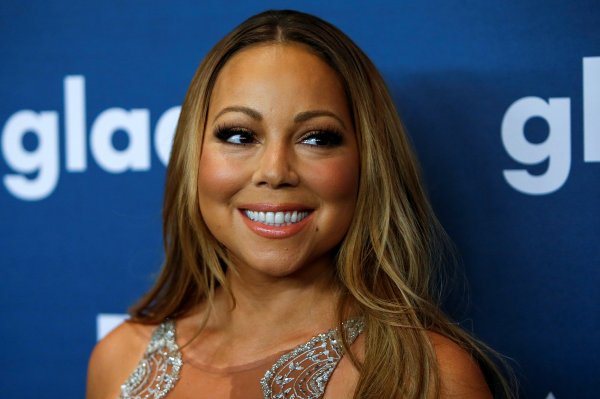