Zika Virus Likely to Spread in U.S. 'in the Next Month or So,' Official Says

The Zika virus will likely begin spreading in the U.S. “in the next month or so,” a top health official said Sunday, highlighting the need for “forceful preparation.”

Dr. Anthony Fauci, director of the National Institute of Allergy and Infectious Diseases, said the federal government needs to ensure any local outbreaks of the disease don’t spread widely. “We already have Zika in the United States. But it is travel-related,” Fauci said during an appearance on ABC’s This Week.

“The concern is that we will have local transmission,” he added. “In other words, people who get infected in the United States, get bitten by a mosquito, but who have never left the continental United States. We fully expect that that will happen as we get to the more robust mosquito season in the next month or so.”

“We need to make sure that those local outbreaks don’t become sustained and don’t become disseminated,” Fauci said. “That’s the reason why we need to have a very, very forceful preparation right now before that happens.”

There are more than 500 travel-related cases of the Zika virus in the U.S., according to new figures from the Centers for Disease Control and Prevention. None of them were locally transmitted by mosquitoes.

President Obama has asked Congress to allocate $1.9 billion in emergency funding to combat the spread of the virus. 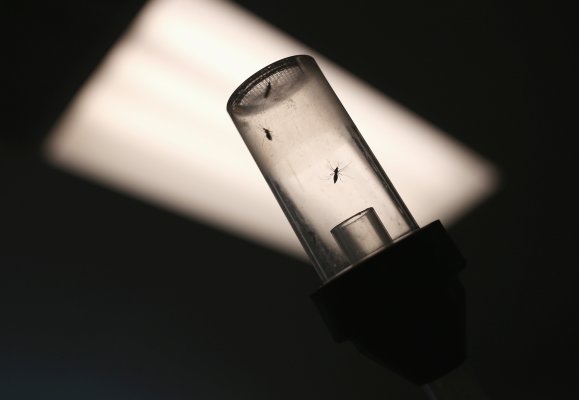 Zika Cases In U.S. Pregnant Women Near 300
Next Up: Editor's Pick